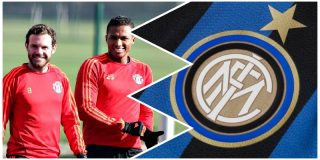 Antonio Valencia’s time at Manchester United should be coming to an end. A good servant to the club, given the years he’s spent wearing the red shirt, but the Ecuadorian’s best days as a football are long gone.

Since United have yet to trigger the one-year extension in his current deal, it may be time to suggest Valencia’s days at Old Trafford are numbered, and he can begin talks with clubs regarding a free transfer, according to The Mirror.

It may even be the case that United could start offering the full-back to clubs around Europe, with Inter Milan rumoured to be interested, as per Calciomercato, who translate a piece from Mundo Deportivo stating the Serie A giants are looking to replace Sime Vrsaljko.

READ MORE: Why Fred is missing from Dubai trip with Man Utd teammates

But what’s a transfer saga without a twist?

MORE OPINION: The best of Romelu Lukaku is yet to come, but rest assured we will see it

Our friends at Sport Witness have translated a piece from Italian newspaper Gazzetta dello Sport which claims the 33-year-old has been offered to Inter, but they’re not interested because the defender isn’t a ‘hot name’, suggesting they will pass on any proposal and look elsewhere.

It comes as no surprise that Inter aren’t interested in signing Valencia. He has had a horrific season thus far and looks to have lost his legs due to being unable to get up and down the right flank like he did in years gone by…