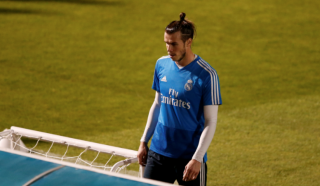 Gareth Bale is in deep water with his Real Madrid career potentially in more doubt than ever before.

The Welsh star is regularly linked with Manchester United, as seen in October with a report from the Manchester Evening News, which also suggests the Real Madrid hierarchy were beginning to get fed up and lose patience with the winger.

Bale was expected to fill the void of Cristiano Ronaldo this season after the Portuguese star left for Juventus. An impossible task but Florentino Perez allegedly has greater concern over Bale’s behaviour of late.

This season in La Liga, Bale has made 14 appearances scoring just 4 goals and being credited for 2 assists, as per WhoScored, which is hardly the form that will drive a side to domestic glory like Ronaldo did for so many years.

He was seen leave the Santiago Bernabeu Stadium after ‘78 minutes of play, when Madrid were losing 1-0 against Real Sociedad, and Don Balon are making a big deal about it.

The report by Don Balon describes Bale’s premature exit as “a disrespectful gesture towards Madrid, his fans, Florentino Perez, Solari and his teammates” while stating he will leave the club this summer.

Could that see United rekindle their interest in Bale? A separate story from Don Balon claims the Reds and rivals Liverpool would be been to bring him back to the Premier League.

But, hopefully, that ship has long sailed. He is likely to be overvalued and United should be looking to bring in a younger and more exciting talent who wants to prove himself on the world stage.

There’s a sense Bale has been there and done it all, while his willingness to kick on at Madrid has not met expectations. Injuries have been a problem too. 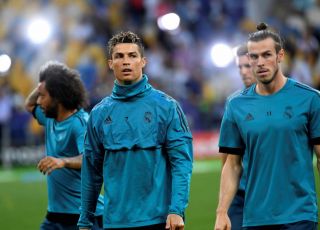