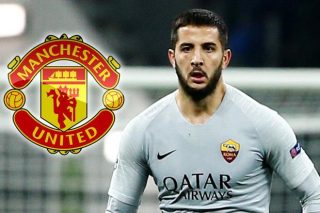 At this rate, Manchester United want to sign every half-decent defender in world football. There are many being linked with the club in January even though a signing remains unlikely.

The latest involves Roma defender Kostas Manolas, who United allegedly want to sign ahead of the 2019/20 Premier League season, with €36 million being the touted cost of a release clause in his current deal.

This news has come from Italian journalist Nicolo Schira, who works for Calciomercato and La Gazzetta dello Sport, with suggestions talks have already been held with the player’s agent, Mino Raiola.

United’s problems at the back are no secret to anyone. They’ve been well documented this season after Ed Woodward’s failure to land an experienced centre-back in the summer.

Another Serie A player linked with a move to Old Trafford is Napoli’s Kalidou Koulibaly, who is thought to be the club’s prime target. The Evening Standard claim the Reds are prepared to reignite their pursuit for the Senegal international in the summer if the Italian club cannot be convinced to sell this month.

So, United remain on high alert for the right defensive signing… Saturday marked the 13th anniversary of Nemanja Vidic joining the club, and we need something similar now.

He’d put his head where most wouldn’t put their foot 👊🏻🇾🇪 pic.twitter.com/C8UsLanoIQ

#ManchesterUnited is really interested in Kostas #Manolas for the next season and talked with his agent #Raiola. #ManUtd is ready to pay the clause (€36M) and offered €6M at year for him. #transfers #MUFC

Koulibaly would cost a lot more than Manolas, but that shouldn’t be United’s outlook on either potential signing. The Reds need to buy the best defender they can find. No excuses…