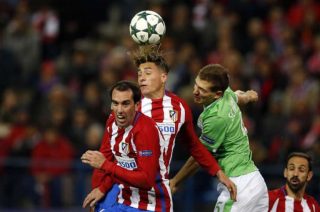 Manchester United are reportedly set to miss out on Atletico Madrid defender Diego Godin despite making it clear during the summer they wanted to sign the Uruguayan.

The Reds tried to secure Godin’s signature before the transfer deadline, as per The Guardian, but the defensive stalwart was keen to stay at the La Liga club.

It appears now things have changed, though there is no mention of United reigniting their interest in the player.

Moreover, Calciomercato have details of the proposed contract and suggest Godin will sign a two-year deal with an option for a third.

Diego #Godin is in advanced talks to join #Inter on next June as free agent. His contract with Atlético Madrid will expire and he can sign until 2021 as new Inter player. Talks ongoing. 🔵🇺🇾 #transfers #Uruguay #Atleti #Inter

This doesn’t necessarily come as a blow to United because we don’t know if the club was still interested in signing Godin to this point, but with a player of that calibre available you’d like to think Inter don’t have a free run at securing his signature.

His age, 32, is far from ideal but United could do with a leader from the back. That could have a positive impact on the entire team, not just Victor Lindelof and Eric Bailly, who we view are our best defenders currently.

Great signing for Inter should everything fall into place…