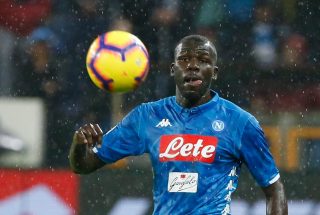 I will first start with a preface; racism is abhorrent. There is no excuse for it at all. Not only in today’s society but at any point. No player, fan or official should be subjected to it before, during or after a sporting event. But I digress…

The upturn in form under Ole Gunnar has gladdened the heart of even the most cynical and frustrated of us Reds. The staid and predictable play which has clouded the club for far too long replaced by a refreshing attacking nature. Players who had fallen out of favour, or held back under previous managers, now began to express themselves. 16 goals in 5 games stand as proof to this new approach. But recent wins against Newcastle and Reading achieved an extremely rare success; a clean sheet.

Defensive issues have plagued the club for many years now. And it has carried into this season as well. Even goal-shy teams like Cardiff, Huddersfield, Fulham and Southampton have netted against us. Numerous different personnel and systems have been incorporated but to only moderate results. Victor Lindelof has shown increased composure and confidence but certain questions remain concerning the more physical forwards, Eric Bailly possesses the strength but can be susceptible to moments of stupidity (as shown by his red card v Bournemouth) and Chris Smalling remains injury prone and erratic. Phil Jones, meanwhile, combines the heroic with the ridiculous.

Much of José’s frustrations with the board spilled out at various points regarding the lack of spending during the summer. This was primarily concerned over the defensive situation. Options such as Harry Maguire, Toby Alderweireld and Diego Godin were all mentioned but ultimately turned down. The question of value in the market seemed to be the primary concern. But recent events in Italy could result in the availability in one of Europe’s most promising centre-halves.

Step forward Mr. Kalidou Koulibaly. Being a star fixture in one of Serie A’s best sides is always likely to attract attention. Opposition fans will always strive to put such players off their game. However, the recent encounter at San Siro went over and above what is acceptable. Sustained, and continual, racist abuse from the Inter Milan ‘fans’, resulted in the stadium announcer asking them to cease their behaviour. This was ignored to the fury of the player, his manager and team-mates. The fact he was sent off for two soft yellow cards in quick succession only added to the sense of injustice.

In the aftermath, the defender gained unanimous backing from his own club. Carlo Ancelotti stated he would remove his side from the field if it happened again. Faouzi Ghoulam warmed up for their recent win against Bologna wearing his number 26 jersey, whilst fans displayed photos of Koulibaly and anti-racism banners with the hashtag label #SiamotuttiKalidou, which translates as “We are all Kalidou.” He also received widespread support from fellow footballers across the globe. Paul Pogba was one of the first to do so in the aftermath of our win over Bournemouth. “honour handband for @kkoulibaly26 . 2019 say NO to racism. @manchesterunited #mufc .”

It remains to be seen what action the authorities are willing to take however. They have been reticent so far to stop all of this from happening. Inter Milan were banned from their recent game against Empoli and forced to play behind closed doors at their next two home games. The question remains as to how to prevent this from happening altogether. Officials at many clubs seem unwilling or unable to deal with elements of the ultra culture.

This has obvious ramifications for players of colour like Koulibaly. On one hand, his side are again the main challengers to Juventus at the top of Serie A. They are likely to be dangerous opposition to anyone who faces them in the Europa League in the knock-out stages and will again attempt to go further in the Italian cup. His club are due to enter into negotiations on the extension of a new contract in the coming weeks. He clearly has the backing and support of the club and board. On the other hand, it comes down to how comfortable he is playing in that atmosphere. Suly Muntari and Kevin Prince Boating are examples of players who have walked off the field in response to abuse from the stands. Can players feel comfortable bringing their family and friends to hear such abuse?

But regarding any future transfer to United, the sticking point remains with his proposed fee. The Neapolitans would be looking for something in the region of £100 Million. The board may be inclined to look elsewhere for a more agreeable range. In response to this, I would merely mention the impact Virgil Van Dijk has had upon Liverpool’s previously calamitous defence. From being a laughing stock, they are now one of the tightest back-line around. If a player is good enough, then surely price should not be the main concern.

Koulibaly has made an impact at all of the clubs he has played with. At Metz, he stood out despite his youth and playing with a struggling second division French side. He made enough of an impact to gain a transfer to Genk in Belgium. He helped the side reach the knock-out stage of the Europa League for the first time in their history, compete in the title play-offs and win the Belgian cup. His time there was brief before he was on the move yet again. This time to Italy. This has resulted a sustained period of consistency in the club’s history. They gained the reputation as being a side perceived to be a soft touch. Not anymore. The Southern Italian’s have emerged as being the primary threat to the dominance of Juventus. Above the Milanese clubs, Roma, Florentina, Sampdoria and many other more high-profile teams. Much of this can be attributed to the solidity provided by the Senegalese.

He possesses all the attributes necessary to be one of the very best. Physical strength, quick on the ball, decent composure and a threat from set-pieces. Indeed, he hit the net 5 times last season. This year, he has yet to score, but has assisted twice. The amount of appearances made in his five years demonstrates his fitness. Rarely is he not a first choice. Indeed, he has been mentioned as a younger version of Giorgio Chiellini. His ability to organise the back-line would be invaluable to any club around.

If the opportunity comes around, United need to take it. If not in this transfer window, then in the summer. Players like him are worth it.