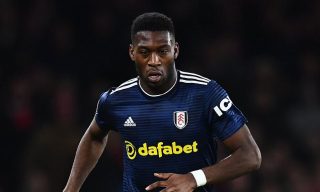 Claudio Ranieri has told the press Timothy Fosu-Mensah can end his loan spell at Fulham and return to Manchester United.

And, while this doesn’t sound overly positive for the Netherlands international, it does mean he can return to United and have a go at centre-back under caretaker manager Ole Gunnar Solskjaer, who should be keen to work with another academy graduate.

Fulham have been a mess this season but Fosu-Mensah did show signs at the beginning of the season that had us think he would flourish under the attack-minded management of Slavisa Jokanovic.

Sadly that wasn’t the case and bad results saw relegation battlers Fulham act in November by sacking the Serbian coach and hiring Ranieri.

The 67-year-old now in charge doesn’t see Fosu-Mensah as part of his plans, so United should react quickly even if Solskjaer doesn’t feel he is the right fit for his defence. The objective should be to make sure the former Crystal Palace loanee gets game time somewhere between now and the end of the season.

Fosu-Mensah, 21, needs to push on if he has any chance of making it at United and this could be a good opportunity. Both Chris Smalling and Phil Jones, who have been getting games, are not good enough and have been given enough chances down the years. Why not put some focus on Fosu-Mensah and see if he can compete with Victor Lindelof and Eric Bailly?

Ranieri was speaking to the press ahead of Fulham’s FA Cup 3rd round fixture with Oldham on Saturday.

“I don’t know, if United want him, he can go because with me he does not play often and I understand he is young and needs to play,” the Italian is quoted by the Manchester Evening News.

“This moment for me is very, very important to achieve our goal. Our goal now is to save Fulham.”

Do you want to see Fosu-Mensah back at United and given chances between now and the end of the season?