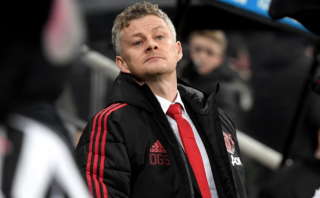 The methods behind of Ole Gunnar Solksjaer’s approach to beating Newcastle at St. James’ Park have been revealed with the caretaker manager at Manchester United stressing the importance of in-game management to his players.

Solskjaer’s short reign as United manager has been uplifting thus far and it won’t be long before people discuss the possibility of him getting the gig full-time becoming reality should the Reds’ run of form continues.

Wednesday night saw Solskjaer’s side given a stern test for the first time as many will deem previous wins as walk overs. Newcastle left a few late ones in from the early stages and sat back in a compact shape forcing United to think more about their creativity.

The win saw the Norwegian emulate Sir Matt Busby’s record of winning his first four league matches in charge back in 1946. Solskjaer made an important decision to bring Romelu Lukaku on in place of Anthony Martial, only for the Belgian to score seconds after making his way onto the pitch.

Solskjaer knew St. James’ Park wouldn’t be an easy ride for his players, so he made sure to keep that in mind when addressing them all in their pre-match team talk. This is where his insight as a former United player comes to benefit.

“The team talk today was about game-management,” Solskjaer said, as quoted by the Manchester Evening News. “And part of the game management is to keep the crowd quiet and I think the first 10 or 12 minutes we did really well, kept them at bay.

“But then made one or two mistakes that got the crowd going and suddenly you’re under pressure. [Christian] Atsu a couple of times. Phil made a great block when he got back in and tackled again.

“But those are the moments you don’t want to give a crowd and a club like this, I thought the lads got really into the game again and our fans, I’ve said it so many times, are the best in the world.”

It really sounds like Solskjaer enjoys being back at the club. Of course, we’re winning so how can he not be over the moon? But he makes it sound like this is a giant audition for the full-time job, and he doesn’t want these moments to stop anytime soon.