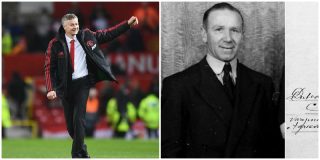 Manchester United made it four wins from four to continue a perfect start for Ole Gunnar Solskjaer as caretaker manager.

Newcastle were no match in terms of quality for the Reds as everything seems to be going Solskjaer’s way at the moment. Even his substitutes made positive impacts with Romelu Lukaku scoring seconds after coming on and Alexis Sanchez also got in on the act with an assist for Marcus Rashford as United sealed the win.

A legend as a player, Solskjaer has entered the club’s history books as a manager too. The win over Newcastle saw the Norwegian coach become just the second manager in United’s history to win his first four league games in charge – against Cardiff City, Huddersfield Town, Bournemouth and Newcastle – equalling Busby’s tally in 1946.

Things couldn’t go better for Solskjaer since replacing José Mourinho. He’s getting more out of this bunch of players than the Special One did, over the course of two weeks.

United’s next league fixture – Tottenham away – will be the first real test.