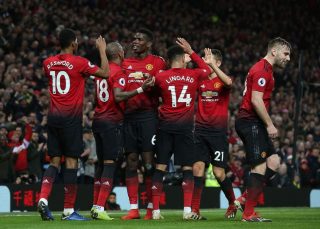 Ole Gunnar Solskjaer could not have wished for a better start as caretaker manager at Manchester United. The Reds have won three games on the bounce and also scored 12 goals in the process.

It says a lot about a team that looked out of sorts in attack under José Mourinho, with pretty much everyone knowing they were capable of better, to turn things around so quickly under a new gaffer.

United now start games with a high level of intensity and look eager to grab an early goal. It makes a huge difference from obsessively trying to control games – something Mourinho’s team were failing to do even against lesser opposition – with United now putting the sword to whoever they face despite playing with more of a risk factor.

Newcastle on the road won’t be Solskjaer’s greatest challenge as United manager, but he will need no reminding of how dangerous the Magpies can be. Rafael Benitez is an astute tactician and nobody at Old Trafford has forgotten the dramatic comeback win over them earlier this season, with the Reds coming from behind to win 3-2.

A memorable win that bought José Mourinho time in the hotseat but few will be expecting the same level of drama on Wednesday. Albeit away from home, this meeting should be more straight forward.

Newcastle expect Jonjo Shelvey to return after a thigh injury, while Ki Sung-Yeung is away for the Asian Cup with South Korea.

Alexis Sanchez will be involved against the Magpies, although it remains to be seen whether that will be as a starter or substitute. The Chilean scored the winning goal against Newcastle at Old Trafford this season.

On the suspension list is Ivory Coast defender Eric Bailly after his stupid sending off against Bournemouth at the weekend. With 10 minutes remaining and three points in the bag, he made a reckless challenge when he should have remained on his feet. It’s a shame because he could have done with games to earn a spot back in the team.

United’s wins of late have shown the best of Marcus Rashford and Paul Pogba. Combined to devasting effect, it is Solskjaer’s men who have a massive advantage going into this game. A free-flowing United with goals in abundance should be too much for Benitez’s Newcastle side.

However, the longer this winning run continues the greater risk there is for complacency, and the Reds have been leaking goals at the other end too. We currently have the joint-lowest clean-sheets in the league alongside Fulham with Solskjaer still looking for his first as Red Devils boss.

The Reds to win convincingly…