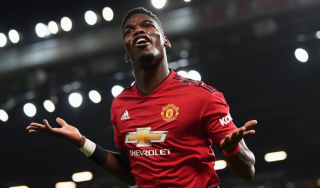 Paul Pogba was asked about the changes Ole Gunnar Solskjaer has brought since replacing José Mourinho as caretaker manager at Manchester United.

Everyone wants to ask the Frenchman about his relationship with Mourinho. Some will ever twist their questions to try and get Pogba to aim a dig at his former manager.

He was a substitute for United’s last two games under Mourinho before the Portuguese tactican was sacked following a dreadful defeat against rivals Liverpool.

However, Pogba was been in incredible form since returning to the United line-up under Solskjaer, it’s as though the World Cup-winner has been unleashed.

Pogba created three assists in Solskjaer’s first game in charge against Cardiff City. Then, he scored a brace against Huddersfield before doing the same again in the 4-1 win over Bournemouth.

It’s no wonder so many people – including Pogba and Solskjaer – are smiling around Old Trafford again.

Speaking to Sky Sports after the game, as quoted by The Mirror, Pogba was asked to reveal the biggest difference at United since Solskjaer replaced Mourinho.

He added: “We needed a win and we had a great performance.

“There’s still a long way to go. We are Manchester United and we need to keep up. We need to be at the top of the league. A team needs to enjoy playing football, that’s it.”