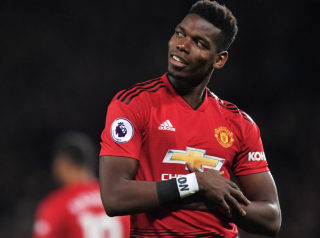 The Reds beat Bournemouth 4-1 at Old Trafford, thanks to a Paul Pogba brace and goals from Marcus Rashford and Romelu Lukaku.

If United can continue this form under Solskjaer they’ve every chance of securing a place in the top four, which became an impossible task under former manager José Mourinho.

Apart from not keeping a clean sheet, the only other negative was Eric Bailly being sent off with 10 minutes left on the clock. It was a needless challenge with United three goals clear and now he faces a three-match suspension.

Not ideal when you are trying to earn a spot in the team.

Without further ado, here is how a number of Manchester United fans reacted on Twitter a full-time.

United have scored almost a third (29.2%) of their Premier League goals this season under Ole Gunnar Solskjaer. 12 goals in 3 games. #mufc [Squawka]

Directly involved in 7 goals in his last 3 games. 😱😱😱 pic.twitter.com/49nYiTpc6q

12 – Manchester United have scored 12 goals over the space of three Premier League matches for the first time since December 21-31, 2011. Enjoyment. pic.twitter.com/TjZ0W70HFr

An absolute pleasure, once again. Sterner tests to come, but United are a team transformed, playing some wonderful attacking football with confidence and belief in what they’re doing. Pogba and Rashford both excellent. Long live Ole.

Cheers for Paul Pogba as he throws shirt in Streford End. United have now won three league games in a row for the first time this season and have to continue to build on positives vs Newcastle. Now just three points off fifth-placed Arsenal. Who saw that coming 10 days ago? #mufc

3 games, 3 wins, 12 goals for United under Solskjær. It’s not about the opposition we’ve beaten, it’s about the style of play. The atmosphere at Old Trafford will tell you everything you need to know. The football we’re seeing is what every United fan has cried out for for years!

Lukaku couldn’t hit a cows arse with a banjo, then within a few minutes of coming on scores for Ole, says all you need to know about Mourinho and his shit style of football

Ole Gunnar Solskjær giving Bailly the death-stare as he walked off. pic.twitter.com/ANkNZIBYzV