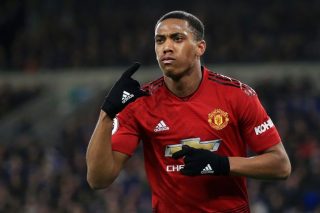 Can Ole Gunnar Solskjaer make it three wins from three as interim manager at Manchester United? Today, the Reds host Bournemouth at Old Trafford, and some changes are expected from the starting eleven.

The Cherries should pose a greater threat than Cardiff City and Huddersfield Town, though United have more than enough to beat Eddie Howe’s men.

With Anthony Martial, Alexis Sanchez and Romelu Lukaku all due to return this week if not against Newcastle, Solskjaer has some big decisions to make given how well United have done in the attacking third since his arrival.

The Reds have scored eight goals in two games under Solskjaer. The Premier League clash will show whether the Norwegian’s side have turned a corner under his management.

There have been reports, as per the Manchester Evening News, claiming that Dalot may not have been at United’s pre-match hotel on Saturday night but I would be surprised if he wasn’t involved at all. He wasn’t at his best against Huddersfield though, which could see him replaced at right-back for the more experienced Ashley Young.

I also fully expect Herrera to replace Fred in midfield. The Brazilian had a bit of a mare against Huddersfield, though he is still trying to settle his way into English football.

There has been a lot of talk about Martial, Lukaku and Martial. The more I think about it, the more I feel Solskjaer will ease this trio back into the team. They will all get opportunities to prove themselves but it’s Martial who is most deserving of his place back in the starting line-up.

Finally, it’s great to see both Rashford and Lingard truly enjoying their football and showing everyone their worth in a United shirt. Hopefully it continues against Bournemouth with another convincing win.