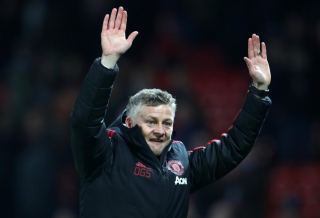 Ole Gunnar’s Reds renaissance continued apace with three wins from three as Manchester United brushed aside out-of-form Bournemouth to end 2018 in the best possible manner. There were, once more, plenty of positives, for the caretaker manager as the team moved to within three points of place above Arsenal.

Here are our three main positives from Old Trafford.

Three Premier League wins in a row for the first time since April. Twelve goals in three games and scored four twice in eight days – the previous two four-goal performances came over a period exceeding 12 months – this has been a pretty good week for Ole Gunnar Solskjaer. Life could hardly be better right now for anyone of a Red persuasion. Granted, Cardiff, Huddersfield and Bournemouth are sides that United SHOULD be beating, but bear in mind that we needed an injury time winner to down the Cherries in the reverse fixture under departed manager José Mourinho. It’s more about the ruthless and rampant nature of these results rather than the wins themselves. Wins like this used to be routine but had become conspicuous by their absence. Happy New Year indeed.

United head into 2019 in fine fettle

Out with the old and in with the new. As a testing 2018 turns to a new year, a new dawn and a new era, the mood around Old Trafford has been transformed beyond all recognition. It’s true that United are yet to face anyone of serious danger under OGS with the fodder of Cardiff, Huddersfield and the mid table Bournemouth, but he did not choose the fixture list and the gap to Arsenal is now only three points having stood at a mammoth 11 a few weeks ago. Solskjaer’s United are on the charge – a top four place may be beyond us and remains a big ask despite recent form, but the feel good factor is back. Tottenham away looks set to be the first hurdle for Solskjaer’s Red revolution, but let’s just enjoy the ride. For the first time in what seems like an eternity, there is belief and tangible signs of progress. Newcastle and Tottenham away are the next two in the league, and there remains a feeling that United are hiding flaws yet to be exposed. But despite that, you cannot argue with nine points from nine and long may United’s “new manager bounce” continue. Solskjaer’s side have been everything we weren’t under Mourinho – fast, fluid, on the front foot, and ruthless.  It is a joy to watch again.

The new manager has lit Old Trafford up and the players look as if they have new batteries in. They are flying around the pitch. Two of the players who went alarmingly off the boil during the previous regime came to the party. Marcus Rashford made one and scored one, and  Pogba has epitomised his side’s rejuvenation as he led from the front in a performance that saw United power past the south coast club. The World Cup winning midfielder scored twice and came within inches of his first career hat-trick when he rattled the post in the closing stages. United were pressing with energy and intensity, every goal was a thing of beauty and Ole’s attack-first philosophy is night and day from his predecessor’s stymied and strangulating set up. Rashford appeared to pick up a knock, but the goals are being spread around with substitute Romelu Lukaku getting in on the act in his first cameo under Ole. Happy days.

Despite the Reds winning run, there were also a few things that didn’t sit well with us… here are three negatives from the game.