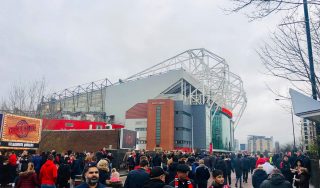 The Norwegian coach is looking for his Manchester United players to make it three wins from three.

In fact, a win today would see Solskjaer become only the third United manager to win their first three league games in charge of the club. He became the fifth manager in our history to win his first two during the week.

Anthony Martial returns to the startling line-up, as predicted, but Diogo Dalot and Fred have both been left out after playing against Huddersfield Town on Wednesday.

It also comes as a relief to see Eric Bailly return to the starting eleven. No offence to Phil Jones, he’s done well in the previous two matches under Solskjaer, but the Ivorian needs to be playing more often as he is our best centre-back.

Ander Herrera replaces Fred in midfield which won’t come as a surprise to anyone, and Romelu Lukaku makes the bench. We should see him on the pitch at some point.