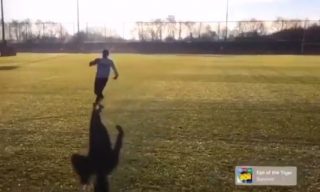 It certainly looks like Ole Gunnar Solskjaer will have Alexis Sanchez available in the near future.

The Chile international has been a flop since joining the club a year ago from Arsenal after failing to many any impact under José Mourinho.

Following Mourinho’s dismissal The Sun suggested that Sanchez won a bet worth £20k against teammate Marcos Rojo, after claiming the Portuguese tactician would get sacked. Who knew the Argentine centre-back was so foolish with his money?

The video below shows Sanchez training on his own, with ‘Eye of the Tiger’ used as a soundtrack, appearing ever so determined to hit the ground running under the new man in charge between now and the end of the season.

Sanchez may also be keen to get back playing football after watching how United have performed under Solskjaer thus far.

Let’s see what impact Sanchez can bring to the table when he returns.