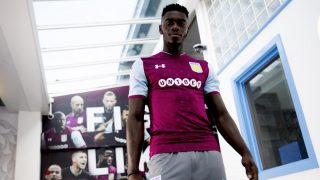 Unfortunately, Manchester United loanee Axel Tuanzebe is currently side-lined at Aston Villa for the foreseeable future with a metatarsal injury.

The promising centre-back joined Villa on a season-long loan and has been an important member of Dean Smith’s side, as he was under Steve Bruce before the former United defender got sacked earlier this season.

Ever since Tuanzebe moved to the centre of defence from right-back he has formed a convincing partnership with former United youth team player James Chester. Bruce appeared to prefer Tuanzebe in a wider position whereas Smith made the call to shift him inside.

“It’s my natural position,” Tuanzebe told the Birmingham Mail. “It’s where I’ve played for a long time and I feel most comfortable there. I’d only like to portray myself as a centre-back.”

The footage below, capturing Tuanzebe’s best bits so far this season, shows him as a bit of a rock at the back. That said, Villa’s attacking style of play may be the biggest fault — along with injuries — contributing to the amount of goals conceded of late.

And, part of me feels Ole Gunnar Solskjaer would make use of out him if he wasn’t sent out on loan…

Axel started 21 games so far for Villa becoming their first choice CB, I’m so glad he finally can show to the world what he can do in his favorite position! #mufc
🎥 [@MxZvGx_] pic.twitter.com/Rn6OdAv2Et 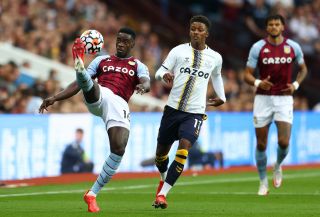