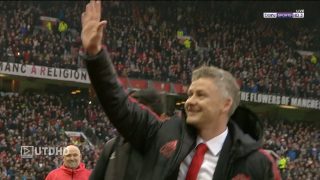 Ole Gunnar Solskjaer is only interim manager at Manchester United a week and the former striker has made history from his first two games in the hotseat.

The Norwegian has had a perfect start as boss at Old Trafford, winning his first two games in charge, so there’s a good feeling about United again.

It can be argued that he’s only faced Cardiff City and Huddersfield Town but Solskjaer’s men can only beat the teams put in front of them. Obviously, there will be challenging games between now and the end of the season when his tactics will become even more crucial.

Solskjaer today became one of only five United managers to win both of their first league matches in charge of England’s most successful club.

Former manager José Mourinho, who was sacked a week ago, achieved this feat too, but it clearly didn’t turn out like many had hoped.

This is a feat Sir Alex Ferguson didn’t achieve, however, after becoming United manager in 1986.