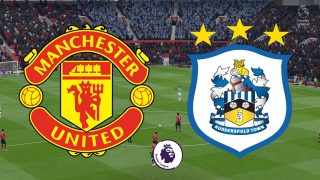 Manchester United host Huddersfield Town on Boxing Day in Ole Gunnar Solskjær first home game in charge. Let us look back on the history of clashes between the two sides.

Before last season’s 2-1 defeat at the Kirklees Stadium, United and Huddersfield had not met since March 1972, in what was then called the Football League First Division. The Reds, under the stewardship of Frank O’Farrell won the game 2-0 with goals from George Best and Ian Storey-Moore on his debut. Huddersfield would end the season bottom of the league, with Manchester United finishing eighth.

In 1947, Maine Road would host a 4-4 classic between the two sides in a First Division clash. 60,180 people crammed into the ground to see Jack Rowley score all four of Manchester United’s goals that afternoon. This eight-goal game is the highest scoring clash between the two sides.

Three times has a 6-0 score line been recorded in this fixture, two in favour of United and one in favour of Huddersfield. The most recent of these being in favour of the Red Devils who won emphatically at Old Trafford in front 28,310 fans in April 1951.

The most recent clash between the two sides was an FA Cup fixture at the Kirklees Stadium in February this year. A Romelu Lukaku double sent Manchester United through to the quarter-final for a home-tie against Brighton & Hove Albion.

Huddersfield last victory against United came in the first Premier League meeting between the two sides. Two first half goals from Aaron Mooy and Laurent Depoitre were enough despite a late fight back through Marcus Rashford’s goal to give the Terriers all three points.

The overall record between the two sides is largely in United’s favour with 22 wins, Huddersfield have won on 11 occasions and there have been 15 draws. Let’s hope it can become 23 wins on Boxing Day!