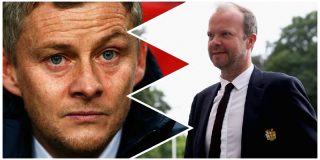 It seems Manchester United caretaker manager Ole Gunnar Solskjaer will be restricted to loan signings if he wishes to dip into the January transfer market. Yes, that means we shouldn’t be expecting any permanent deals.

According to The Mirror, the Manchester United board have told their newly-appointed interim manager that he will only be permitted to make loan signings. The reason for that is to build financial foundations for the next full-time manager.

That would also suggest this was explained to Solskjaer when talks were taking place following José Mourinho’s dismissal last week, so he would have known about this transfer policy in advance, while being asked to unify the current United dressing and try get the best out of this crop of players.

Without a director of football in position yet, it makes perfect sense for United to wait but this decision probably wasn’t really made for football reasons. The Glazers are always trying to find ways to penny pinch and they weren’t willing to allow Mourinho spend in the summer…

However, perhaps that was the beginning of the end for Mourinho? Even though this time last year they were preparing a contract extension for the Portuguese tactician which he signed.

Then again the amount Mourinho spent on transfers as United manager stood at £391.5 million after two-and-a-half years in charge, as per The Metro. That sounds like a bad spree of penny pinching on second thought, but the club now needs a rebuild, though to rush this process would not be wise.

Scott Patterson, editor and founder of Republik of Mancunia, ran a serious of light-hearted tweets (@R_o_M) on the issue, suggesting Solskjaer would take in players on loan that he’s familiar with, including Magnus Wolff Eikrem, Ravel Morrison and Fabio Da Silva.

Solskjaer’s move to United itself was a loan deal from Molde and, it would seem, the club are reluctant to spend under most of the work towards the next chapter of the club’s history is in place. If Woodward thought he would be offering Solskjaer the full-time gig, he’d certainly free up some funds for the former striker somehow next month.

January could be a quiet one for the Reds.