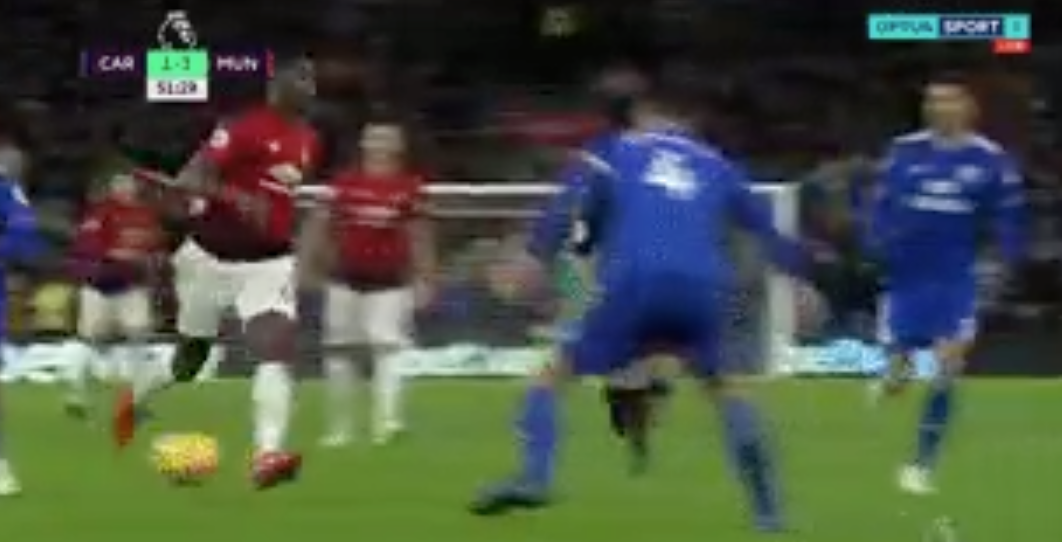 It’s evident to see in Cardiff that the Manchester United players are playing with a lot more freedom than they have all season under José Mourinho.

Caretaker manager Ole Gunnar Solskjaer will take the plaudits for that but even though it’s only Cardiff City, United have been thoroughly convincing throughout this match and it wouldn’t surprise us if the Reds added more goals to their tally.

The scoreline is currently 4-1 in United’s favour, thanks to goals from Marcus Rashford, Ander Herrera, Anthony Martial and Jesse Lingard.

However, one clip doing the rounds shows French midfielder Paul Pogba pulling off a stunning no look pass. This proves how much confidence United are playing with and it’s great to see.

Solskjaer is clearly allowing the players to enjoy themselves as the Reds cruise to three points on the road.

Watch Pogba’s no look pass below.