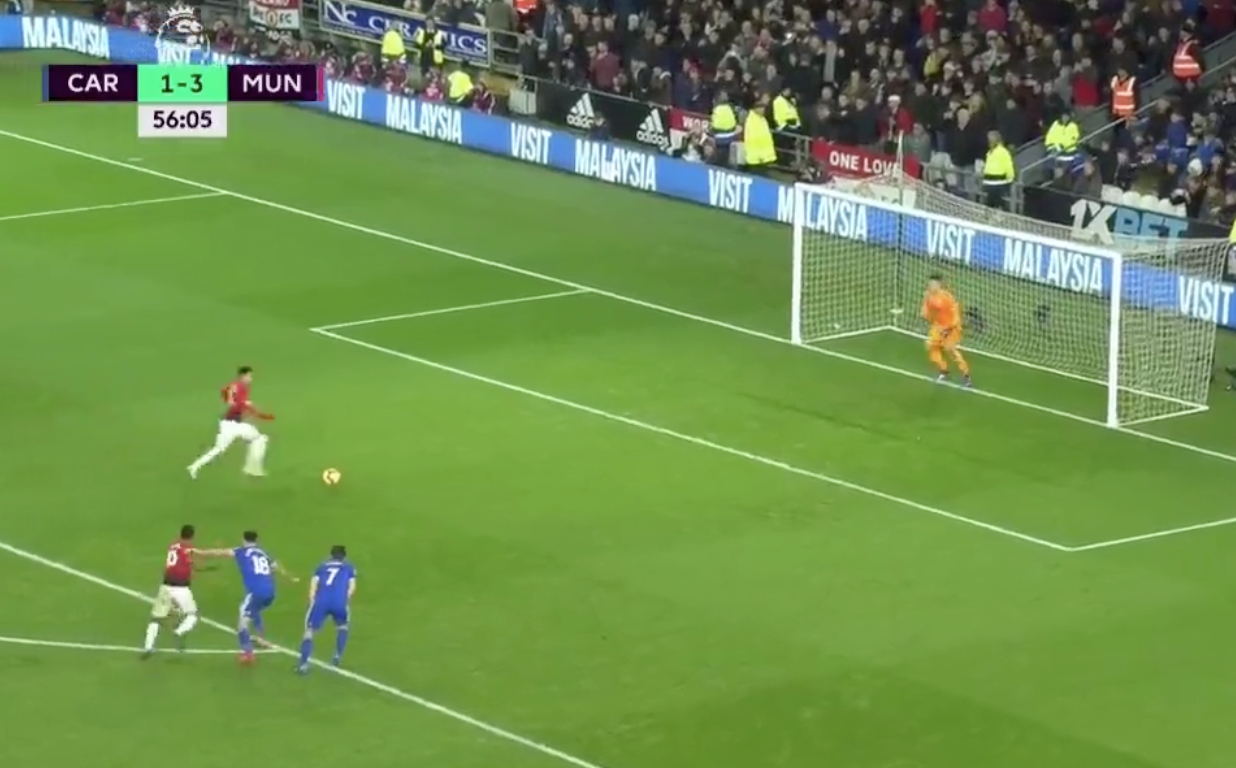 Jesse Lingard was took down inside the box as Manchester United were handed a penalty.

The England international was making his way into the box before being pulled down from behind, though there were complaints from the Cardiff players suggesting Lingard went down too easily.

Lingard then stood up to take the penalty and he increased United’s lead to three goals. The scoreline is now 4-1 to the Reds.

Ole Gunnar Solskjaer worked with Lingard during his time in charge of the reserves, so he knows exactly what to expect from him. This was his third goal of the season and it’s truly deserved after his performance so far.

Can United go on and knock up a greater scoring advantage? The lads are certainly going for it and are not willing to stop after scoring four goals.

All of the United lads have played with much more freedom and it’s showing as we attack an insignificant side. Cardiff are definitely worried about conceding more.