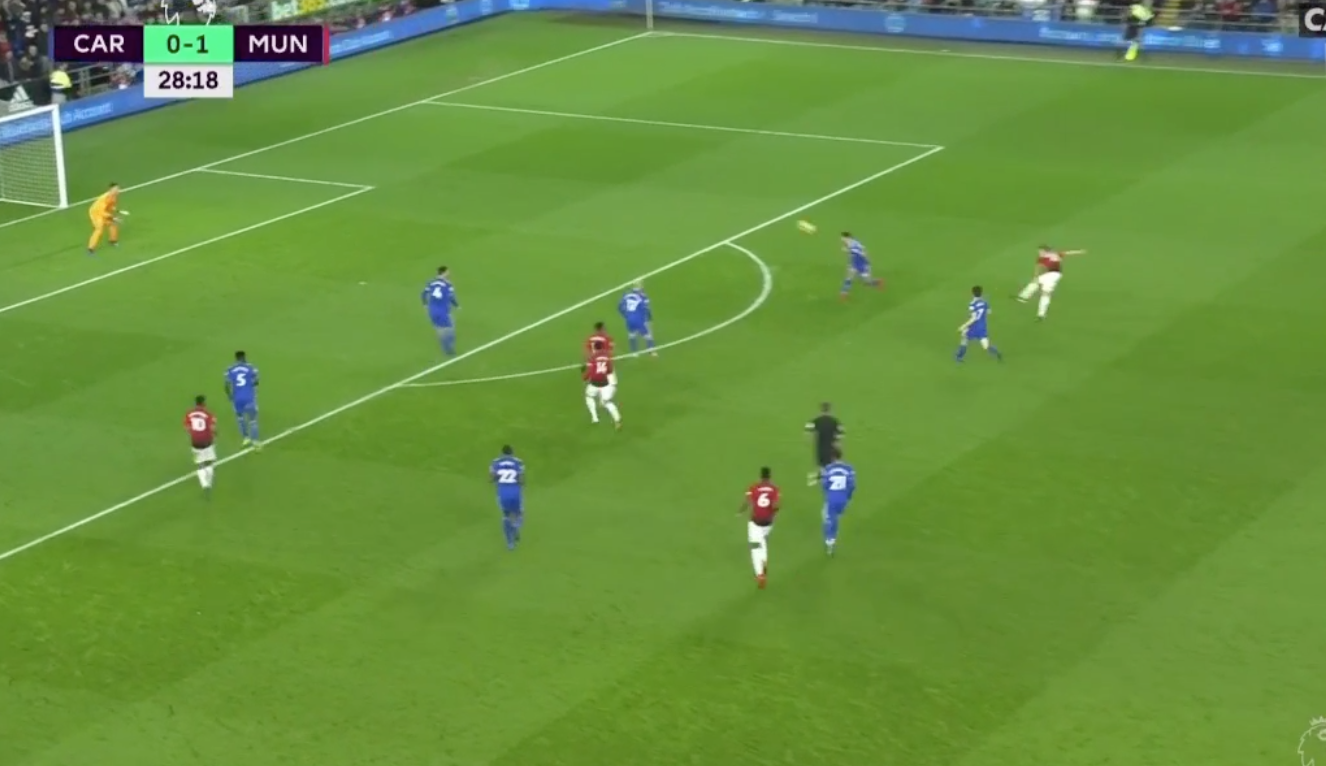 And, the goal was an absolute stunner starting with David de Gea in goal. Paul Pogba then found Ander Herrera in midfield, with the Spaniard shooting from distance to double United’s lead.

The ball took a lucky deflection and made it impossible for the Cardiff City goalkeeper to make a save.

However, United deserve their two-goal lead after a remarkable start under the Norwegian boss.

The first goal was another long distance effort, thanks to Marcus Rashford from a free-kick.

Our away support in full voice, as per usual. This looks like a quality day out for the travelling Reds.

Hopefully, Solskjaer’s men can add another few goals to their tally today.

Edit: Cardiff City have pulled a goal back from the penalty spot. The scoreline is currently 2-1.