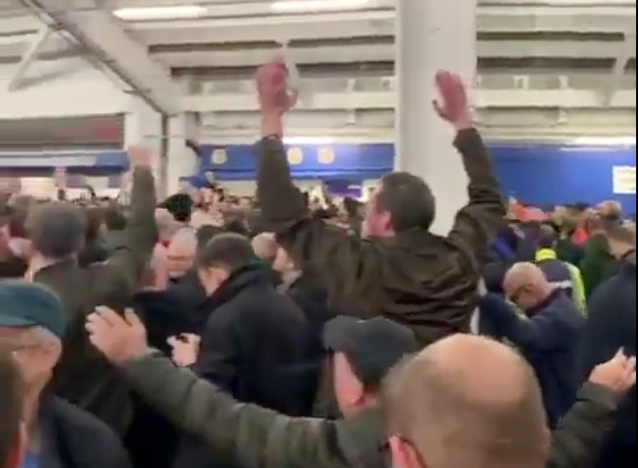 Manchester United’s away support is getting in the mood to follow Ole Gunnar Solskjaer’s Red Army.

The Norwegian takes charge of his first United game against former club Cardiff City, a side he saw relegated from the Premier League in 2014.

But they’re back in the top flight thanks to automatic promotion under Neil Warnock, who will be looking to cause an upset against the Reds.

United fans were filmed in the concourse at the Cardiff City Stadium singing a famous Solskjaer chant: You are my Solskjaer.

Watch the brilliant footage below.