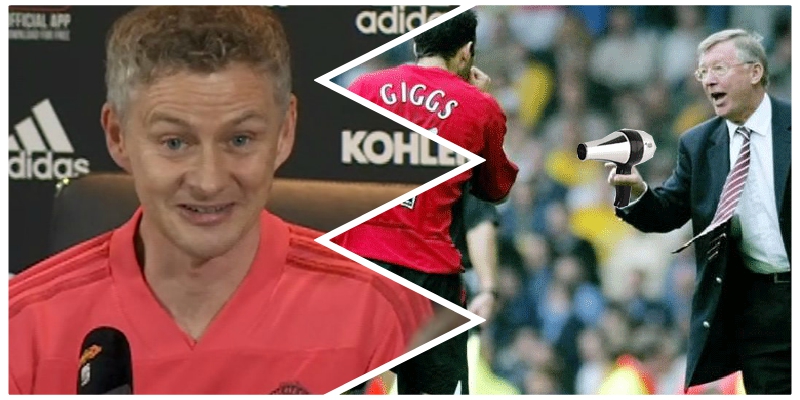 After 11-years of playing under the greatest manager of all-time, Sir Alex Ferguson, renowned for his use of the “hairdryer” treatment, Ole Gunnar Solskjaer says he is prepared to replicate the Scot during his time as interim manager at Manchester United.

This is an exciting new chapter for Solskjaer – manager of United for the next six months – with a task to unify the player’s dressing room, but the Norwegian is willing to get heated if he finds it necessary.

Fergie didn’t hold back from any dressing room outbursts when his players were not meeting his standards, as seen with the boot flying incident involving David Beckham, reported by Goal. The Scot kept players on their toes and didn’t allow for a comfort zone during his time at Old Trafford.

The Baby-Faced Assassin returns to the club where he hopes to make a positive impact. While the job is only until the end of the season, Solskjaer will be aiming to make a good enough impression, perhaps even lining him up for a bigger job than his previous gig at Molde.

Speaking to the press on Friday, the former United striker made it clear that he is prepared to emulate Fergie by discipling his side if he needs to lay down the law, as quoted by BBC Sport.

“I’ve got a hairdryer. If I get disappointed, ask [children] Noah, Karna and Elijah – or some of the players I had at Molde. I am not afraid of laying down the law.

It is a concern that Solskjaer’s only Premier League experience as a manager came in 2014, at Cardiff, the side he saw relegated to the Championship. He was unable to lift their form in the lower division and was consequently sacked.

But he returned to Molde for a second time after the questionable spell at Cardiff and they’ve finished runners-up in the last two campaigns. Perhaps by returning to his homeland of Norway he knew how to get back to the basics of football management and feels fresh again to give the Premier League another shot.

It’s a fresh chapter for Solskjaer. We’ve got to give him a chance.