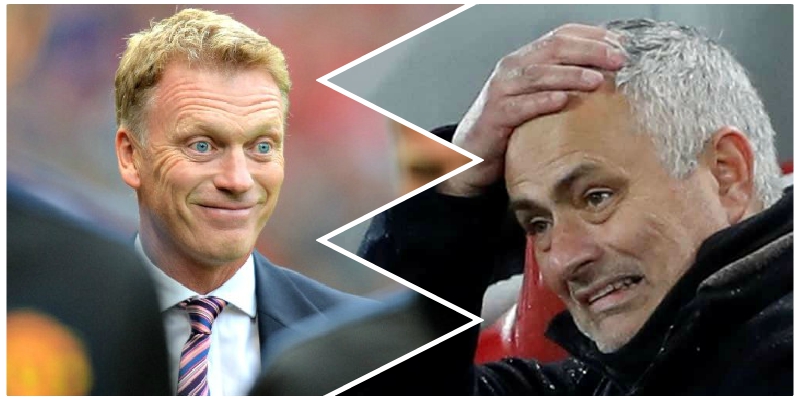 José Mourinho was sacked as Manchester United manager earlier this week and a fresh statistic has emerged reflecting very badly on the ‘Special One’.

Apart from the Europa League and League Cup triumphs, Mourinho didn’t deliver enough during his time at Old Trafford and the club decided to pull the plug on Tuesday morning by getting rid and revealing plans to appoint a new full-time manager by the end of the season, with Ole Gunnar Solskjaer given the role as caretaker manager.

However, United fans will never look back fondly on the days of David Moyes, though a stat from OptaJoe (@OptaJoe) claims the Reds averaged 1.62 goals per game in the Premier League under Mourinho, less than we did under the infamous Scot (1.65).

When Mourinho speaks of his time at United in the future, we can assure you this won’t be referenced…

1.62 – Manchester United averaged 1.62 goals per game in the Premier League under Jose Mourinho, less than they did under David Moyes (1.65). Chosen. pic.twitter.com/QOYvLPuXN7

However, we wouldn’t dare suggest Moyes did a better job at United than Mourinho. It was the Portuguese tactical who should have been given the job after Sir Alex Ferguson retired — not the former Everton manager — to ensure the transition to life after the greatest manager of all-time was less of an ordeal.

Of course, Mourinho since went on to win a Premier League title with Chelsea but never fully rediscovered his mojo after his stint as Real Madrid manager.

We wish Mourinho all the best in the future.