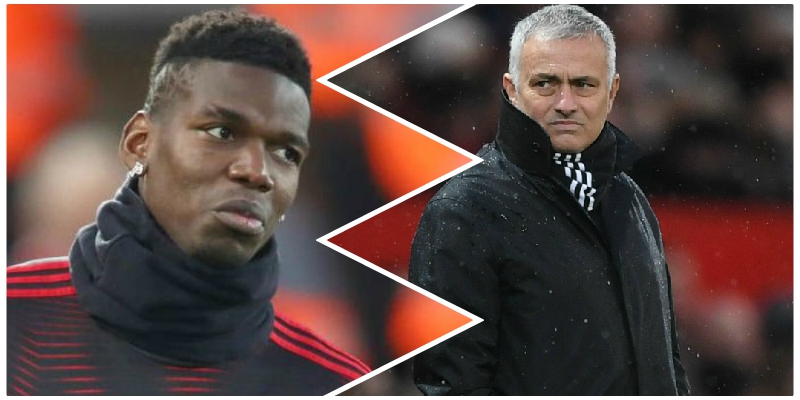 Paul Pogba made it clear he wanted to send a message to former Manchester United manager José Mourinho after the 5-1 win over Cardiff City and it comes as a little surprise.

Former United captain Gary Neville even hit out at Pogba during the week for ‘dancing on the manager’s grave’, as reported by Goal. It has often been said that the Frenchman was becoming a little too big for his boots and was an issue in and around the dressing room.

But Mourinho definitely wanted it to work out with Pogba and be under no other impression. He wouldn’t have sanctioned an £93.2 million deal with Juventus, as per The Guardian, if he didn’t see an incredible player ready to blossom.

The relationship was like a rollercoaster but it never appeared strong and minutes after Mourinho learned he had been sacked by United, Pogba’s social media accounts put a post out saying ‘caption this’ alongside a branded photo of the World Cup champ.

It didn’t take long for that tweet to disappear after the backlash he got from former players and fans. This was not the behaviour of a professional.

But now under Ole Gunnar Solskjaer as interim manager, there is hope for Pogba to re-emerge as one of Europe’s best.

“I know you’re waiting for something about Jose, about the result today,” he told reporters after United beat Cardiff, as quoted by the Manchester Evening News.

“Obviously, we are very happy with the result. We played well, the performance of the team was great and I know you want to ask me but, ‘Oh yeah with Jose..’

“I’m sure all the players are now looking to the next game, the points, and we have to go back into and we want to go back to the top of the league. That’s all I want to say. The performance of the team was great. We are happy the first game with the manager starts like this and the important thing now is to carry on like that. We cannot play like this and score five goals and then lose. That’s it.”

That’s pretty measured from Pogba. I would not have expected him to pretend they were best mates or go on a bitter rant.

Pogba wants to leave what happened in the past in the past. And I’m sure he hopes for a better start under Solskjaer.

It’s just a little surprising that he was so bullish to talk about Mourinho.