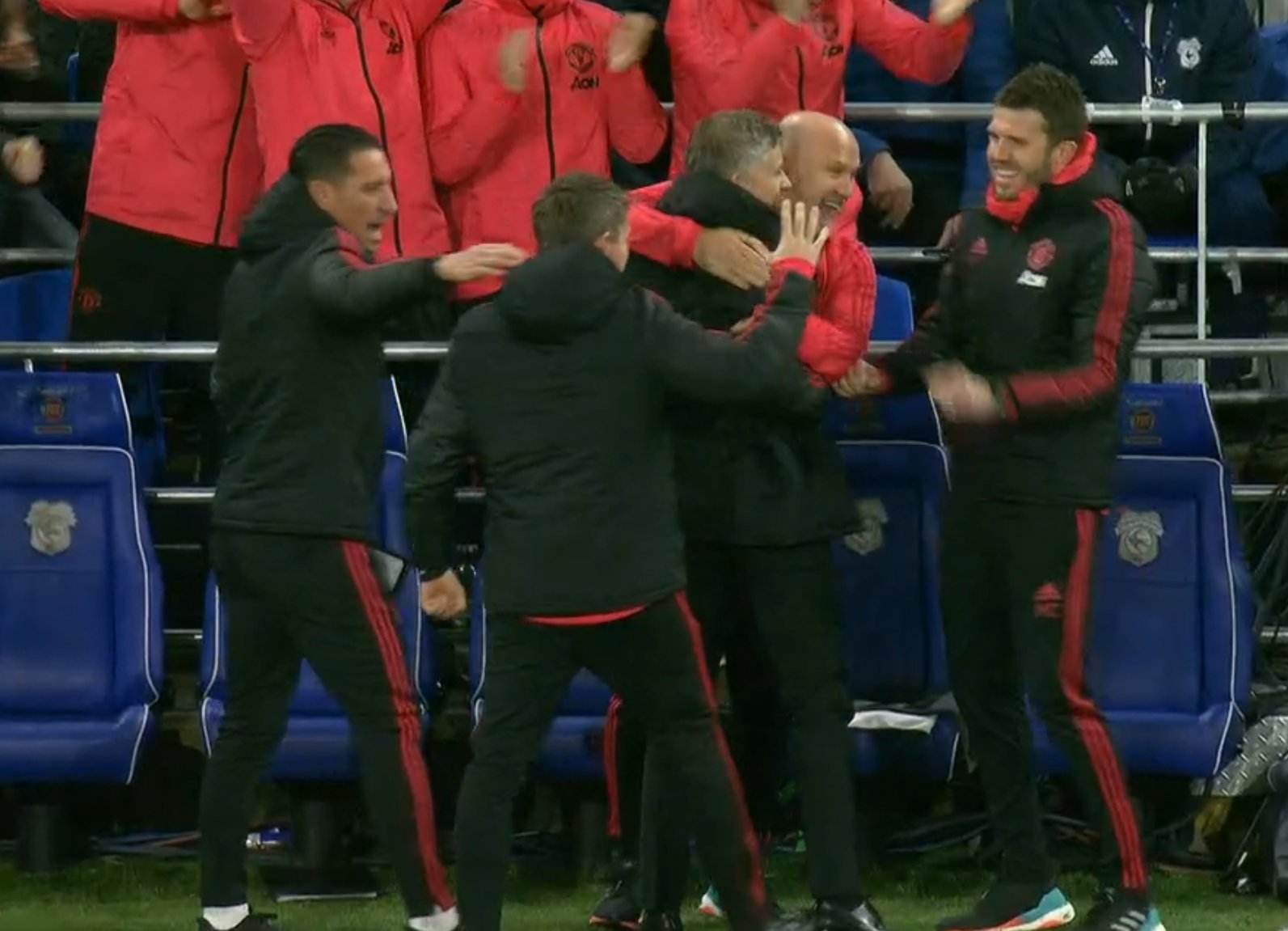 The camera cut to caretaker manager Ole Gunnar Solskjaer as soon as Manchester United opened the scoring against Cardiff City in the Premier League.

Marcus Rashford was the scorer with a stunning long distance free-kick to open his account under the new manager. A great impression to make in his first game under Solskjaer, who will be well aware of the youth team graduate’s potential as a forward.

The free-kick itself, as seen here, was an absolute banger. Solskjaer will likely ask Rashford to stick to set pieces from this range in the coming weeks.

But Solskjaer has been buzzing all week since getting the role. It’s no surprise to see another big smile on his face as United grabbed an early lead just 3-minutes into the game. (See GIF below)

United have already shown signs that they’re being allowed to play with more freedom than was the case under former manager José Mourinho. The movement off the ball has seen a massive improvement with Jesse Lingard playing a key role in the final third.