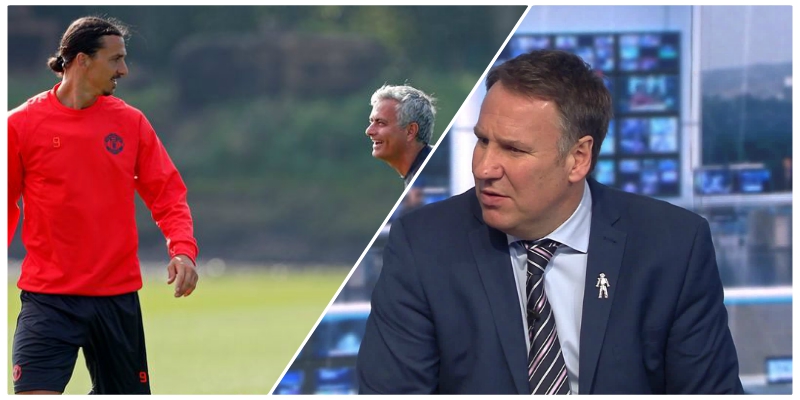 The United players have not only been slammed by the former Arsenal player, but Roy Keane had a pop at them for throwing Mourinho ‘under the bus’, as per The Guardian. The Irishman has clearly forgotten about the time he had contractual issues at United following the Treble winning season, demanded more money and stamped his feet until he got his way. But no, oh not in his day…

Mourinho was sacked on Tuesday morning and has since been replaced by caretaker manager Ole Gunnar Solskjaer. The Norwegian is expected to unify the dressing room after two and a half years of Mourinho in the hotseat.

The Portuguese tactician will always divide fans, however, Merson is of the view that the players have a lot of answering to do. It’s hard to argue when these players should have got better results this season, but there’s also a feeling on the terraces that they’ve been working in an unhappy environment, with reports of unrest between Mourinho and star midfielder Paul Pogba, as per the Daily Mail.

Merson also stated in his Daily Star column that a leader like Ibrahimovic would not have allowed their levels to drop so much. The Swede is currently playing in the MLS with LA Galaxy.

‘They (United players) are paid so much they think they are bigger than the manager,’ Merson said.

‘They stopped listening to Mourinho a long time ago. You watch them this week. They will be running around like maniacs desperate to do well for the new manager.

‘Where was their desire against Liverpool? It’s easy street. They don’t care.

‘It’s like they’ve just accepted they can’t compete with Manchester City and that Liverpool have gone past them.

‘I think they miss Zlatan Ibrahimovic in that dressing room. I really do. He would not have stood for that. He’s the kind of personality they need. A leader.’

The question now is would a figure like Ibrahimovic been able to save Mourinho? It went too far for any one individual to make an outside difference.