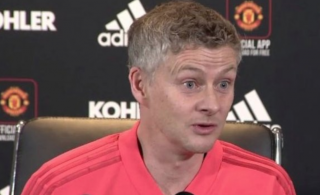 Ole Gunnar Solskjaer took part in his first press conference as Manchester United manager this morning, and there was a much better mood in the air.

The Norwegian is looking forward to his first match as interim boss and didn’t shy away from making it clear that he would like to be the full-time manager, but first Solskjaer needs to work hard for the next six months to get United’s season back on track.

As a player who sat on the bench quite a lot for United, Solskjaer wanted to make it clear that every player will be given a chance under him, and they must all work together to get United back playing attacking football and winning games.

Solskjaer has incredible talent within the squad but he also stated that he will have input in the club’s transfer activity next month. It was reported this week that Solskjaer would be given a £50 million transfer kitty, as reported by ESPN.

It will be interesting to see if he can get better form out of players like Paul Pogba, who Solskjaer previously managed in the reserves.

The full transcript of Solskjaer’s press conference has been shared on the Manchester Evening News. Though, here are the best parts:

On his decision to become interim boss

“I didn’t think twice when they called me to sign me as a player and this is more of an honour and privilege to be helping the club for a few months.”

“They’re footballers, they’re happy, good mood, every time you meet new people you’re excited, it’s the first time you see them, I know a few, had them in the reserves and they’ve been great.”

“He’s had a couple of days off, I’ve not seen him yet or Alexis, he’s on his way back as well, so I’m looking forward to seeing them.”

His job with the players

“My job is to help the players, make them grasp the opportunity, they all wanna be part of Manchester United, I’m here to help them, help the team, down to man management, I had the best manager as a player and coach to deal with players and it’s about communication, I’ll sit down and speak to the ones not playing. When you’re at Manchester United there are a set of demands and one is to be a team player and I don’t think anyone has been on the bench more than me! That’s all my comeback to players, you might come on make an impact.”

“It’s about getting very player to the best, speaking to them, training ground, philosophy, principles, how we wanna play, it’s not matter what team you’re coaching they all want to have a pic of how you want to play, quality players so it will be easier to get players expressing themselves. You play with courage, go out there and express your skills, he said go out and express, take risks. The last game he had as a manager 5-5, that was almost the perfect end to him as a manager and I want the player to be similar, be the kids that love to play football and go out in front of the best fans in the world.”

“I think first hing is first game, think about getting my principles into the boys, get the players to understand how I want them to play and let’s take the results later on see how many points we can gather but this club has made many many points before but I’m not going to set that target now.” 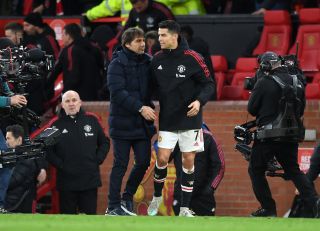