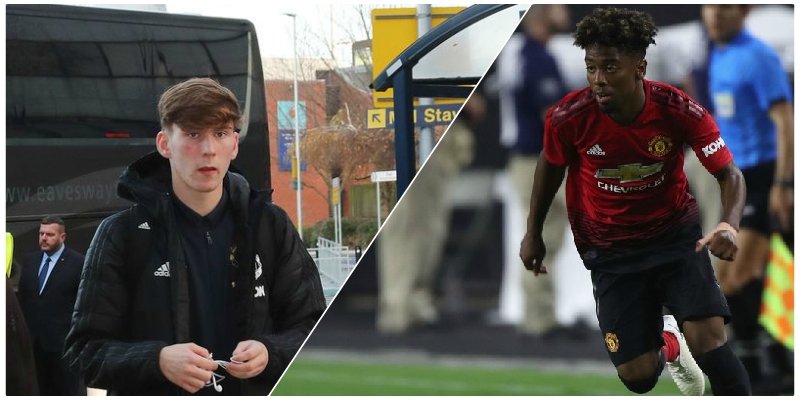 Manchester United youngsters Angel Gomes and James Garner are in the travelling squad to face Cardiff on Saturday, according to the Manchester Evening News.

The pair have been performing brilliantly in the underage teams this year and interim boss Ole Gunnar Solskjaer has admitted he’s been watching the youngsters; some of which he wanted to take on loan to Molde, as per The Express.

Moreover, Solskjaer coached the United Reserves between 2008-10, so it’s hardly a surprise that he has quickly shown signs of wanting to bring more youngsters into the first-team. He managed players like Paul Pogba and Jesse Lingard, and will be getting a chance to do it all again over the next six months.

And, this certainly means Garner and Gomes have both been promoted to the first-team for the weekend.

We mustn’t forget it was José Mourinho who gave Gomes his United debut at the age of 16 and the now 18-year-old was one of the first to lead a tribute to his former manager this week. This shows that there were players that had respect for Mourinho throughout his time in charge, and it’s refreshing to say the least.

Not all of our lads are spoilt brats.

You allowed me to make my debut at 16 and play in front of the Stretford end something I will never forget ever. Thank you boss ✨ pic.twitter.com/mzpiAJFc6V

Garner, on the other hand, went on tour over the summer and made an appearance. He featured in last week’s Champions League defeat against Valencia too, but the midfielder could be in for a greater role under Solskjaer.

These are positive signs from the early days of Solskjaer’s reign.