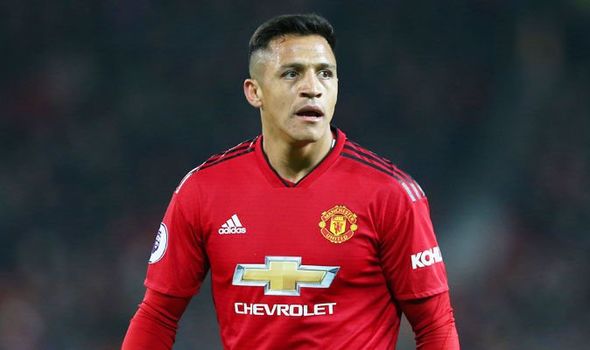 Alexis Sanchez has hit out at The Sun over claims the Manchester United star made a £20k bet with teammate Marcos Rojo about Jose Mourinho getting the sack by dismissing any truth in the story.

The Sun accused Sanchez of revelling in Mourinho’s demise in a rather horrific series of events, involving a WhatsApp group and a bet of bad taste costing £20k.

It was even suggested that United chiefs were alarmed by the revelation.

However, it was Mourinho who brought Sanchez to Old Trafford a year ago and made him the club’s highest paid player on a ridiculous £505,000-a-week.

No matter what your view of Mourinho is, there’s no accepting some of the behaviour that apparently took place following his sacking. The Sun were involved in another story which accused midfielder Paul Pogba of leading the celebrations after Mourinho’s dismissal, allegedly shouting: “He thought he could make a fool of me and turn the fans against me. He f***ked with the wrong baller.”

Anyhow, Sanchez is not happy with the story and has described it as “FALSE!!!”

This is FALSE!!!. José gave me the chance to play for the best team in the world and I only have gratitude for him. We are a truly United team. We are MANCHESTER UNITED. Respect. I can’t wait to help the team !. Good luck tomorrow family! pic.twitter.com/9uhXqd5iEU