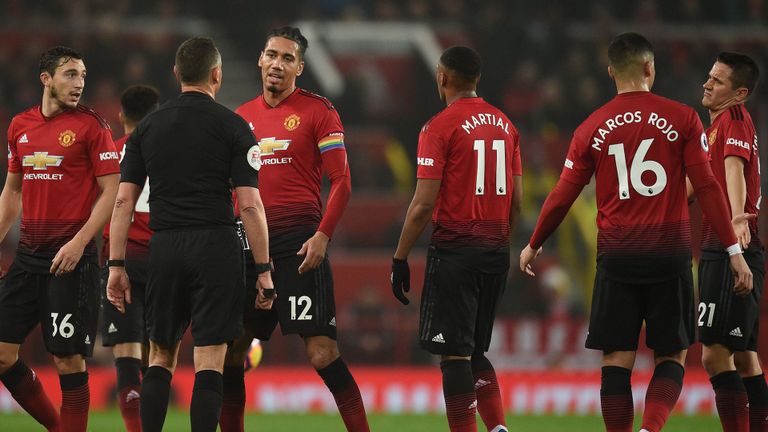 Manchester United legend Roy Keane has jumped to José Mourinho’s defence following his sacking this week and claims the players have got ‘away with murder’.

Everyone connected to football was shocked with the news Mourinho had been dismissed on Tuesday morning. We knew the decision was coming, but there were no signs beforehand to suggest it would happen this quick.

It was thought that the Glazers would have waited until it was mathematically impossible for Mourinho to finish in the top, but the club pulled the plug and decided to replace the Portuguese tactician with Ole Gunnar Solskjaer until the end of the season.

Keane and Solskjaer were Old Trafford teammates but that hasn’t stopped the Irishman from hitting out at the players for their role in Mourinho’s sacking. He wouldn’t be happy to hear about two separate stories from The Sun suggesting Paul Pogba celebrating the ex-manager’s dismissal or how Alexis Sanchez made a £20k bet on Mourinho getting sacked with another United teammate.

“I do think the players, obviously, get away with murder,” he told BBC Radio 5 Live, as quoted by the Manchester Evening News. “Just the way they hide behind the manager, Mourinho. Whatever you say about the players, they have thrown him under the bus and people have said Mourinho has been falling out with players, well you would fall out with players.

“That’s the name of the game and players turn up overnight or players are not training properly and not producing. And then for some of them to down tools, you know, shame on some of them players.

“I’m not Mourinho’s biggest fan, don’t get me wrong, but I just can’t tolerate footballers who just hide behind their agents, their pals in the media. A bit of a joke, really.”

But we shouldn’t be surprised as Keane’s recent stint as assistant manager to Martin O’Neill at the Republic of Ireland showed that he couldn’t tolerate most modern players, as per The Irish Independent, a criticism many would also fire at Mourinho.

The leaks from the dressing room since Mourinho got axed have been appalling, so it’s hard not to partly agree with Keane.

Then BBC presenter Adrien Chiles asked if it would have been different had he been in the dressing room, an assumption usually made against the modern United player, Keane responded and said current practices would not have been tolerated.

“I never really fell out with Alex Ferguson when I was playing. Just towards the end when I was coming back from injury and I felt, again, I was thrown under the bus,” he added.

“I suppose people think I’m a bit old-school. I don’t call it old-school; I call it good school. No matter what’s going on at your club, when you go out on that pitch, particularly for a big club like United, you go out and give it your all – no excuses. It doesn’t mean to say you’re going to play well.

“This idea that these players maybe a little bit upset…it’s not just at United. Trust me, the modern player, they’re not just weak players – they’re very weak human beings. You can’t say a word to them.

“I was very lucky with the dressing rooms I was in. There was good men, good leaders, good characters and there is definitely a shortage of them in the game now. The game has changed a little bit but, as I said, the players do get away with murder and it’s really frustrating.

“But it wouldn’t have happened in our dressing room. Just because we had good characters, good leaders, we wouldn’t have tolerated lads not putting a shift in.”