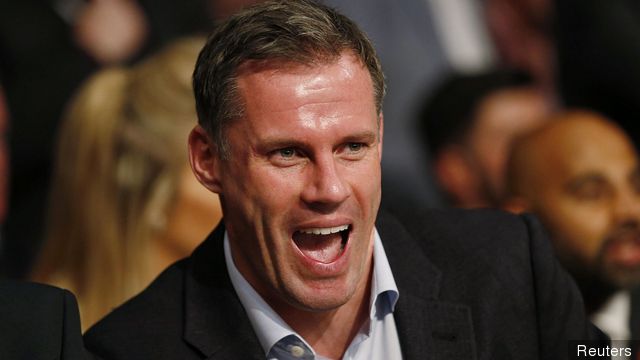 Former Liverpool defender Jamie Carragher made his point and clear. In a column for The Telegraph, the Sky Sports pundit argues that Mauricio Pochettino should take the Manchester United job if offered because no matter how big Tottenham become, they will never reach our level of superiority.

As it usually the case, Carragher received some feedback about his piece, along with some disagreement.

One Spurs fan, Paul Watson, got a reply from Carragher when he suggested saying they will never be as big as United is “very naïve and sensationalist”. He ironically uses Manchester City as an example, despite the Blues being nowhere near as big as United.

And Carragher made that very point by replying: “Man City aren’t as big as Man Utd!”

I couldn’t have said it better. Let’s see how long City will be able to dominate or if the honeymoon under Pep Guardiola will last?