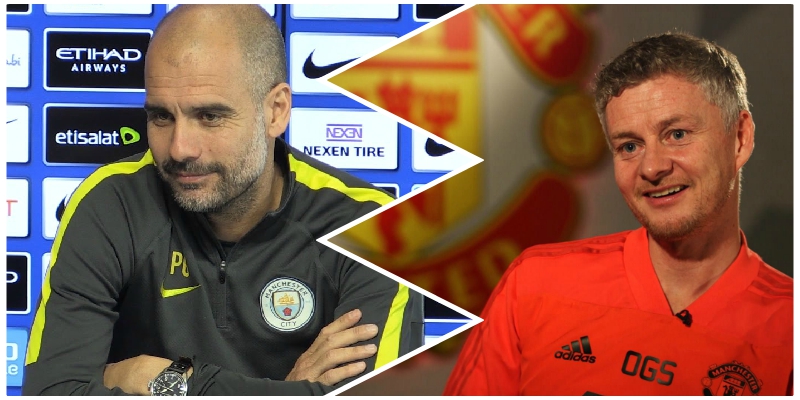 Manchester City manager Pep Guardiola believes it is an advantage for a former player to return to a club, like Ole Gunnar Solskjaer has done as Manchester United interim boss.

Guardiola knows what it takes to manage a former club after he started his managerial career at Barcelona B – the club he joined as a teenager – and that alone gave him insight into how the club worked.

Solskjaer takes the caretaker manager role after spending 11-years as a player at Old Trafford. He joined the club back in 1996 and remained until 2007, so you could say the Norwegian is part of the furniture.

The club decided it was time to pull the plug on José Mourinho’s reign as manager during the week, with a new full-time manager expected to be announced by the end of the season.

But people will be out in their droves watching Solskjaer, hoping he ends up with egg on his face, though it’s not going to be that sort of job. He is being tasked with unifying the dressing room and getting this group of players prepared to play a more attacking brand of football.

“When a young manager like Ole Gunnar Solskjaer has this chance, it’s because the club decided he can do it,” Guardian said during Friday’s press conference, as quoted by ESPN.

“The fact I was there [Barcelona] since 13 was an advantage for sure, knowing the people and how important everything is. It’s important. It’s something positive.”

Guardiola has gone on to do a tremendous job wherever he’s been – Barcelona, Bayern Munich and now City. You can’t take it away from him.

He has stamped his authority on every league he’s managed in, inflicting a brilliant style of the game, with a clear footballing identity.

We’ve no doubt these words of praise will go down well with Solskjaer, who takes charge of his first United game on Saturday against former side Cardiff City.