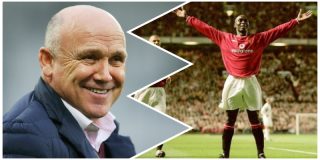 Robbie Savage correctly points out how there has been reports of celebrations from the United players following José Mourinho’s dismissal and Cole thinks Phelan will be able to sort everything out.

Everyone is exicted to see Solskjaer back at Old Trafford, but there’s a reason he was so quick to get Phelan on board too.

Phelan will be tasked along with Solskjaer to unify the United dressing room.

Sir Alex Ferguson may have a greater say on proceedings than we think, with The Independent claiming this week he has been sounding out people over the director of football role set to be introduced at the club.

The Scot has not had much of a say at the club since it was his decision that led to David Moyes’ shambolic appointment, though the club is calling on its greatest ever manager’s services again.

“He’ll be the glue that fits everything together”

Former #MUFC frontman @vancole9 says Mike Phelan will be the one who makes a real difference at Old Trafford 👇 pic.twitter.com/U756Nu78tU