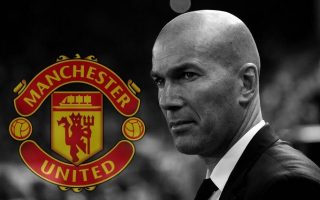 Zinedine Zidane is believed to be contemplating an offer to replace José Mourinho at Manchester United.

Ever since the Frenchman left his role as Real Madrid this past summer there has been speculation linking him a move to Old Trafford.

Now, it sounds like the former Real Madrid boss is considering a return to management ahead of next season.

According to Spanish outlet AS, an offer to take the United job is on the table and Zidane is said to be considering it…

Though The Sun are sticking to their guns by claiming Tottenham Hotspur boss Mauricio Pochettino remains United’s No.1 candidate.

Ole Gunnar Solskjaer is currently in the Old Trafford hotseat until the end of the season after taking an interim position at the club. It is unlikely that the Norwegian will become permanent manager.

United are also on the hunt for a director of football which the next manager will have no other choice but to work hand-in-hand with. The Independent believes Sir Alex Ferguson is assisting the club’s search for the right person.

Let us know in the poll below who you would prefer as permanent boss.