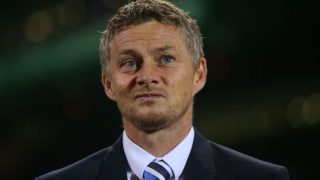 Ole Gunnar Solskjaer will be given a £50 million transfer kitty in January in a bid to start Manchester United’s next chapter after a failed managerial tenure under José Mourinho.

The United legend will be tasked with unifying the dressing room after several players became unhappy with Mourinho’s management the past three-and-a-half years, most notably Paul Pogba, who celebrated the Portuguese tactician’s dismissal, as per The Sun.

In a separate report, The Sun makes a claim that would suggest United’s executive vice-chairman Ed Woodward is prepared to allow Solskjaer to sign players in January, with a budget limited to £50 million.

The Norwegian will not be used to working with such funds but Woodward knows United most start preparing for the future now, and that is why the club has ramped up their search for a director of football, as per The Independent.

But there could be a problem if Solskjaer has a free run at the transfer window. What if the next manager doesn’t rate his signing(s) and we’re left spending millions on an unwanted player? See Fred as an example.

Of course, speculation will grow about what targets Solskjaer will look to bring in, however, United should help by clearly identifying the precise profile of players they want to attract.

There is also a need to clear out some of the deadwood next month. United have a lot but these players are earning top money they won’t get elsewhere, making it ever so difficult to move them on.

Kalidou Koulibaly is still seen a target, as per Goal, but will cost a lot more than the quoted £50m supposedly given to Solskjaer to spend, so we’ll have to wait and see if the former Reds striker has any alternative options up his sleeve or looks to get the best out of the players he already has available to him.

This comes as an interesting development because sources close to Stretty News made it clear had Mourinho still be in the job throughout January, the club was not going to back him in the transfer market.

Make of that what you will…