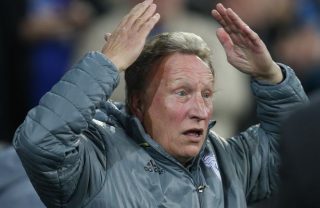 Paul Merson has given his predictions for the pre-Christmas matches as Manchester United start a new chapter under club legend Ole Gunnar Solskjaer.

The Treble winner takes interim charge of the Reds as we travel to Cardiff on Saturday hoping to bounce back from a bad defeat against Liverpool.

Merson is predicting an easy win for Solskjaer’s new side.

READ MORE: (Watch) Man Utd U23 finishes with back to goal against Derby

The Sky Sports pundit thinks the players will put in more of an effort than they did under Mourinho, who was sacked on Tuesday morning.

It does happen to players when a new manager initially arrives. Some rediscover the spring in their step and see it as a new opportunity to make an impression on the new boss.

Merson said, as per Sky Sports: Watch. Just watch. United will be running around, flying into tackles, getting people in the box, playing at a tempo. It’s been embarrassing, really. It’s not that the shackles are off… the players have got what they wanted. Simple as that.

That needs to be the case with Paul Pogba. Patience is wearing thin with the France World Cup-winner and he should have respect for Solskjaer, who managed him in the reserves, and want to get his teammates behind the Norwegian.

Pogba didn’t get on the pitch at Anfield, even when Mourinho was running out of ideas. To bring Pogba on would only show weakness. There was a power struggle at Old Trafford and neither are in a position to boast about it.

Merse ends by predicting a 3-0 win for the Reds. Oh, and laying one into Mourinho: Neil Warnock will be pulling his hair out. He’d have wished Jose Mourinho was still manager. That sums it up; Warnock wishing one of the best managers of all time was still in charge of Manchester United the day before you play them. Now, he’ll be gutted. Absolutely gutted.

I have a feeling Merson took a lot of pleasure out of Mourinho’s struggles at United.