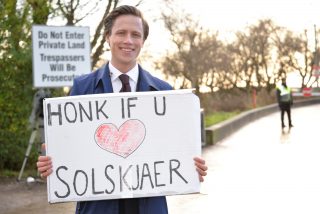 There’s always a lot of interest surrounding Manchester United but this week has been a busy one.

José Mourinho was axed as manager on Tuesday morning and replaced by Ole Gunnar Solskjaer as interim boss on Wednesday.

The club has entered a six month chapter under the Norwegian to give itself plenty of time to recruit the right permanent manger as well as ramp up their search for a director of football, as reported by The Independent.

READ MORE: Solskjaer to get £50m transfer kitty in January as Man Utd look to unify and save season

On Thursday morning, however, Solskjaer took training with assistant manager Mike Phelan for the first time. Michael Carrick and Kirean McKenna had been doing so since Mourinho learned his job was finished.

That was sure to excite the United players, especially those who had fallen out of love with Mourinho, with Solskjaer set to play a more expansive brand of football in attempt to restore attacking football at Old Trafford.

But the excitement has flooded further and one Norwegian broadcaster couldn’t contain himself by designing a banner reading “Honk if u love Solskjaer” to hold outside Carrington this morning.

A Norwegian broadcaster holds up a sign reading “Honk if you love Solskjaer” outside Carrington this morning. #mufc [BBC] pic.twitter.com/H1bjy84Dg2