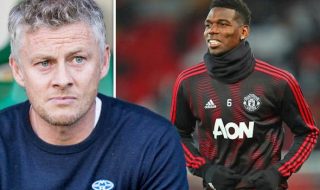 The obvious answer is, of course, a top four finish and a good run in the FA Cup and possibly the Champions League.

More important than all of that though is the style of play that Ole Gunnar Solskjær can coax out of this squad.

One of the defining negatives against Louis van Gaal and Jose Mourinho has been the method we have employed on the pitch.

Slow, predictable and drab performances have led to even more alarming results not just away from home but at Old Trafford.

United always seemed to play with a swagger at The Theatre Of Dreams but over the last few years it’s now become a nightmare.

Victories rarely come without the result being on a knife-edge for ninety minutes.

Ole’s appointment seems to be a received with mostly positive feedback.

The Norwegian’s name instantly brings back memories of the Nou Camp in 1999.

More importantly for the club it redirected the focus away from Mourinho’s sacking and temporarily shifted the negativity from our current situation.

Ole has a seemingly nice run of fixtures ahead of him but we have all heard that before.

He goes back to his former club Cardiff on Saturday followed by Huddersfield, Bournemouth, Newcastle and Reading in the FA Cup.

A tricky away game to Spurs then another decent run of fixtures including Brighton, Burnley, Leicester and Fulham.

That’s all before our Champions League clash with Paris Saint-Germain and you would hope we would be a different prospect by then.

So many factors will play apart in the next few months and it will be telling if the new United boss holds any answers to the Paul Pogba question. A lot is hanging on whether United can not only find a profitable position for the Frenchman but also a starting eleven that can contribute towards that.

The enigmatic World Cup winner hasn’t been good enough since he came back and how long can you wait for the penny to drop? Can he show the United faithful what we all think he can be on a consistent basis? His much publicised relationship with Mourinho has played out now, it’s time Paul, it’s time. We all waiting and hoping.

Solskjær worked as a striker coach as well as reserve team manager at United under the tutelage of Sir Alex Ferguson.

Improving Romelu Lukaku should be a pet project for The Baby Faced Assassin. Ole’s time at the club will be most remembered for being a ‘super sub’ but that was only because his finishing was second to none. Not many were better one on one but few will remember his all round finishing skills. Not many modern strikers are adept with both feet and in the air like our new manager. Ole will also know the value of the elite assists he had for his efforts hitting the back of the net.

Getting Lukaku to do what he does best in the areas he can be most effective would make a world of difference with the right supply line.

Whatever you think of The Belgian’s all round play and form this season he has proved to be a man who can score.

He has been far too isolated for far too long and is in need of someone to play off.

Pogba needs to be further up the pitch and getting Lukaku in the box more often can only benefit the team in the long run. Lukaku’s strengths lie in the 18 yard box and it’s up to the team to supply the big man.

You can point the finger at many players under performing this season but none more than Nemanja Matic has suffered the most. The Serbian obviously has not fully recovered from a surgery he had after the World Cup and looks a shadow of his former self. His defensive midfield talents have not completely shined through during his time here.

Regardless of his current form (which has been terrible) his experience in the teams rebuilding process will prove invaluable. We don’t have another player of his style and maybe a change of manager will restore his confidence.

Our defence will be Ole’s biggest challenge of them all though. Jose straight up did trust our defenders. He seemed to spend all summer trying to buy every central defender with a heart beat.

I think the obsession with the defensive area made Jose solely focus the whole formation and our pattern of play to be cautious and as a result United were unimaginative and predictable.

This week has been a roller coaster of emotions. It’s always sad when a Manager of this club departs. At the beginning of every reign you hope a fire can be lit under the players and something can make us look forward to watch The Red Devil’s again.

Jose Mourinho‘s arrival in 2016 seemed like it would spark a revival and much needed excitement. It ended with a whimper and his last defeat was to a team that is too hot to handle for us right now.

We don’t have any answer to that level of football. Jose’s best form of attack was to defend and that doesn’t work for United when you can’t get the win.

So where does all that leave us? Are United fans happy to play attractive gung-ho football or to be pragmatic and try to get results?

My opinion is that we are not equipped to do both currently. We need the squad to step up. Yes, we need more from our more talented players to drag us up a few levels but unless the others around them are prepared to play their role then it will be a short lived improvement.

This sacking and new appointment doesn’t guarantee United will improve any time soon but let’s cling on to the fact that it is do or die for some of the squads future with the club. Hopefully, that will be enough to see us in to the summer with a renewed positive outlook. At the end of the day, that’s the best outcome for us all because I just want to be excited to watch Manchester United again.