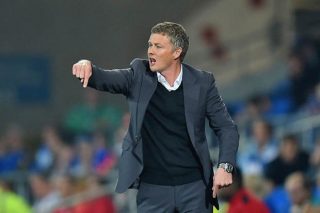 The view from many in the media is that Ole Gunnar Solskjaer will build up Manchester United players rather than break them. Without trying to add fuel to the stick José Mourinho has been getting of late, that is exactly what this group of players need for the rest of the season.

Solskjaer has been tasked with unifying this bunch of players, not to pull off miracles and have United battering the likes of Manchester City between now and the end of the season. The mood in the dressing room has been dire and now everyone just wants to remember what it feels like to enjoy football again.

We know Solskjaer likes his teams to attack, primarily in a 4-3-3 formation, so how will this United side look on Saturday in the late kick-off against his former side Cardiff City? The Bluebirds shouldn’t cause much trouble seeing Solskjaer pick up his first win as United interim boss.

These are wild predictions for now but as the weeks continue we should develop a greater understanding of how Solskjaer wants his United team to line-up.

Due to players like Eric Bailly coming in and out of the team under Mourinho, it will be interesting to see who Solskjaer selects at centre-back. The Ivory Coast international is, without question, United’s best centre-back closely followed by Victor Lindelof, who returned to the line-up last week for the shocking defeat against Liverpool. He should be in better shape this week.

We must wait to hear from Solskjaer to hear whether Luke Shaw is ready to return, so we’ve selected Ashley Young as a pre-caution, with Diogo Dalot offering plenty of attacking intent from the opposite flank.

Hopefully, the Norwegian decides to give Nemanja Matic some time off as he’s been vastly overused since arriving at the club. We are told to expect a more expansive style of football with attacking players, therefore, the midfield trio may consist of Ander Herrera, Paul Pogba and Fred.

This midfield notably lacks a defensive midfielder but Herrera’s terrier instinct may paper up some cracks against a poor Cardiff side. The Spaniard is a busy operator, like Fred, and hopefully Pogba will be allowed hurt the opposition in attacking positions.

Up front is where it must click together. The final piece of the jigsaw where Solskjaer knows best.

If Solskjaer can bring enjoyable attacking football to United again, Anthony Martial and Marcus Rashford should be set to flourish between now and the end of the season.

Don’t be surprised if Solskjaer finds a place in the team for United’s most creative player, Juan Mata…

Edit: Replaced Lukaku, who has been ruled out for the match.