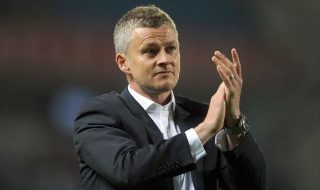 It seems obvious that things at Manchester United can’t really be as worse as they were under José Mourinho, who was sacked yesterday afternoon with the club languishing at sixth in the Premier League. The brand of football that was on show was sometimes diabolical and never helped the players in playing to the best of their abilities.

It was all as if they were bound to chains, not willing to be liberated from their entrapment. The style was defensive and against Liverpool, it became very clear that while the players were willing to fight for the shirt, the presence of a chaotic system brought their efforts down. No matter how hard they tried, they could never get out when they dropped deep. It was clear that the players were not enjoying this approach to the game and it seemed to be sucking the potential out of them, despite United’s attacking riches being very gilded.

With Ole Gunnar Solskjaer coming in from Norwegian club Molde, confirmed by Manchester United’s official website, the very look of the ‘baby-faced assassin’ will be enough a smile on the faces on the Old Trafford faithfuls. It might not be just that, as Solskjaer’s approach to the game has lit up the faces of many Molde fans in Norway.

READ MORE: Man Utd prepare for director of football; next manager will be told during interview

The former United striker did endure a bad period at Cardiff during the season when David Moyes was in charge at Old Trafford, but he went onto go back to Molde and has done a very good job there. While he is yet to win any trophy in his second stint, the brand of football on display has been positive and progressive.

Someone who has always trusted the 4-3-3 formation, Solskjaer has come across as a manager who never backs away from changing to a 3-5-2 shape when the need of the hour is to be direct and to nullify presses from the opposition by playing two strikers up front.

When he was managing the United reserves under the tutelage of Sir Alex Ferguson, Solskjaer had taken up the role of a striker coach in an attempt to make sure that the club’s strikers during those times could improve. The reserves side won the title with the highest number of goals scored that season and Solskjaer is doing the same at Molde.

They are currently second in the Eliteserien table, but have scored the highest number of goals in the league. They have scored 61 times, eight times more than any other side in the division. Last season, they had scored the second most number of goals in the league. But it is now that the system has gelled in completely, giving the impression of being a cohesive unit.

One surprising thing about the side is that their highest scorer is 18-year-old Erling Braut Håland, who is the son of the Alf Inge Håland, the man who got on the wrong side of Roy Keane. While Håland is set to join Red Bull Salzburg at the end of the season, 12 goals in 25 appearances this season and has become the focal point of Molde’s system.

The way he’s improved under Solskjaer since making his debut in June, 2017, shows how good the former United star is at doing a job on strikers. Håland had failed to score even once for his former club Bryne and had failed a trial at Hoffenheim, but has become one of the best and the most complete strikers in the Norwegian first division. He can play as the sole man up front in a 4-3-3 or can play with another striker up front in a 3-5-2; the way he played a lot of times last season.

He boasts of a goalscoring ratio of about 1 goal in every two games and for someone who is just 18, its something very remarkable. For a player like him, the fee of  £3.6 million seems like a bargain.

It isn’t just him who gets among the goals, Solskjaer’s system at Molde suggests that the side thrives on making sure that their two central midfield players who play further forward than the defensive midfield player have a lot of freedom to create and score. And their stats clearly prove that.

Fredrik Aursnes has found the back of the net eight times from midfield, assisting as many as seven times. A former United player Magnus Eikrem, who had played under Solskjaer in the reserves side, has scored five times and has become a very handy player. The 30-year-old was also part of Solskjaer’s Cardiff City side in 2014 and they get along very well because of connections with both Molde and United. He has also racked up a tally of nine assists this season.

And while the side plays a 4-3-3 formation predominantly and can change to a direct 3-5-2, its the flexibility in terms of how to approach games that stands out. Solskjaer’s side likes to generally press high up the pitch to deny the opposition any space, but they have also resorted to defending deep to play direct balls forward. And Håland’s presence allows that to happen. He can drop in to allow another striker to go past him and he can play as a fox in the box poacher to get the goals.

Considering the side United have, they can not be worse than they were under Mourinho and the style that Solskjaer plays, it will only get better. The players will enjoy playing under a system that is positive and doesn’t bind players to chains. It thrives on players working hard and giving their all, the way a viral video shows. Solskjaer wants him players to give their all and achieve a work-ethic that helps him implement his ideas in the side.

Solskjaer’s admiration for Paul Pogba speaks for itself. He has previously made it clear how much he likes the Frenchman and the approach to the game is likely to suit Pogba more than Mourinho’s system did. He wouldn’t have to be as tactically intelligent as Mourinho wanted him to be, he’ll be closer to goal than ever and that’s how a situation where a player like him thrives to be in.

But the man who will benefit the most from Solskjaer is Romelu Lukaku. Devoid of confidence and goals, the Belgian wasn’t the only one to be blamed for his lack of form. He seemed too isolated in a system that saw the wingers drop deeper than usual, but Lukaku’s best was seen in the World Cup when Dries Mertens and Eden Hazard were very close to him up front. Solskjaer knows the values of the club and respects them. The values he brings to the plate coincide with those that are demanded. The wingers will be much more further forward and Lukaku will benefit from that.

Not just that, the way Solskjaer improved Håland can be used as a comparison stick for how Lukaku can go the same route. The situation the once struggling 17-year-old was in is similar to the one Lukaku is in now. Things will only improve for him.