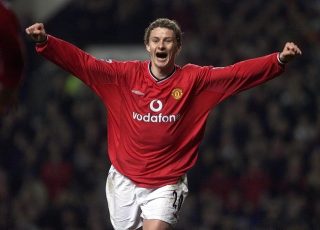 It must feel like a dream come through for Ole Gunnar Solskjaer. Six months to manage Manchester United, the biggest club in the world, and one he brought to the promised land back in 1999.

“Manchester United is in my heart and it’s brilliant to be coming back in this role. I’m really looking forward to working with the very talented squad we have, the staff and everyone at the club,” Solskjaer told ManUtd.com.

There’s a romantic feel to the appointment but anything more than that and we would be scratching at the surface as it remains to be seen just how good of a manager Solskjaer is? He was highly thought of at United when coaching the reserves and at Molde he’s done brilliantly in his two spells, but the less said about Cardiff the better.

Many will try to dismiss that but it’s on his CV forever, so unfortunately there’s no getting away from it.

This six month spell, however, will be deemed a success if Solskjaer can put a smile on most player’s faces again, with United playing an attractive attacking brand of football and scoring goals. Top four is out of the question now and nobody is expecting the Reds to progress in the UEFA Champions League after drawing Paris Saint-Germain in the last 16.

So, is this all just a waste of time?

Laurent Blanc was willing to put his name in the frame, but the Frenchman wasn’t sold on the caretaker’s role. He wanted the job full-time. There were other names mentioned – Steve Bruce, Carlos Queiroz – but Solskjaer was the one.

The precise reason is unknown but the club have made their decision and will now work towards appointing a director of football and full-time manager, with Tottenham boss Mauricio Pochettino touted as the favoured choice, as per The Guardian.

Ed Woodward, Executive Vice Chairman, also commented on the appointment as per the club’s official website: “Ole is a club legend with huge experience, both on the pitch and in coaching roles. His history at Manchester United means he lives and breathes the culture here and everyone at the club is delighted to have him and Mike Phelan back. We are confident they will unite the players and the fans as we head into the second half of the season.”

Oh, did we mention the return of Mike ‘short shorts’ Phelan? Next week Sir Alex Ferguson will be naming the team.