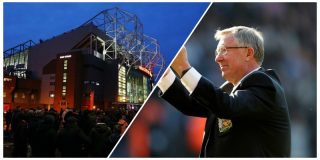 According to Miguel Delaney of The Independent, Manchester United are set to ramp up their search for a director of football, with Sir Alex Ferguson involved in the process.

Firstly, after sacking José Mourinho on Tuesday, the club set out to appoint an interim boss. Now that they’ve sealed a deal to have Ole Gunnar Solskjaer manage the team until the end of the season, preparations are being made to introduce a director of football to work alongside the next permanent manager.

The Independent understands that Manchester United club officials began to contact potential targets as early as August, despite Mourinho never being in favour of the idea, and the report strongly suggests that difference was key to eventually sacking the Portuguese tactician.

United know they need to change how they operate, but with the Glazers and Ed Woodward still in power at the club, can we expect them to change things for the better?

The report in question names figures like Domenico Teti, Juventus’ Fabio Paratici and Giuspeppe Marotta as candidates for the position, though there is a feeling the club now want to make the next step towards appointing a director of football before the end of the current season.

Gary Neville ruled himself out as a candidate on The Debate last night, but expressed that the club needs someone who has previously run one of the world’s biggest clubs.

This line struck us as significant from the story: Through Sir Alex Ferguson, they have already spoken to heavyweight football figures like Marcello Lippi, in order to get as much expertise as possible as they make an appointment seen every bit as important as the next manager.

At least that strikes the right cord.