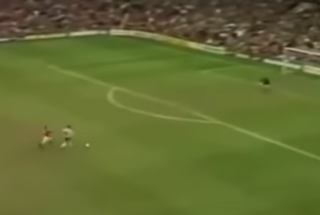 In fact, it’s not shown as much today as it should be, especially when football coaches are trying to teach youngsters how to ‘take one for the team’ because that’s exactly what our new caretaker manager Ole Gunnar Solskjaer did.

Towards the end of the 1997-98 season, having led the table for six months, United were beginning to lose ground. The Reds went a goal behind at Old Trafford to Newcastle before David Beckham equalised prior to the break, but 1-1 wasn’t good enough for United who needed a win if they were going to fight off Arsenal to the title.

READ MORE: Solskjaer’s system at Molde and how Man Utd could benefit

Time was running out, with barely a minute left on the clock, as Newcastle broke on a deadly counter attack with few bodies inside United’s half. The scoreline was 1-1 and Rob Lee found himself clear on Raimond Van Der Gouw’s goal.

Everyone in the stadium thought he’d score except for Solskjaer, who ran the full length of the pitch to make a cynical foul to send Lee in mid-air. Beckham ran over to give him a path on the back to which Solskjaer replied with shrugged shoulders. He had no other choice.

Sir Alex Ferguson may have had a ‘little whisper’ in Solskjaer’s ear the following day inside his office about fair play, but we’ll totally forgive the Baby Faced Assassin. Such shithousery should be celebrated and we hope to see more at Old Trafford before the season ends.

Watch the sending off below.