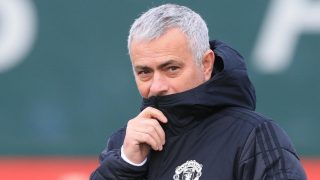 Only the timing came as a surprise. Jose Mourinho has left Manchester United after two and a half years in charge as his infamous third season syndrome returned to haunt the Portuguese who now looks damaged goods. It comes with United sixth in the league, 19 points behind Liverpool and eleven points off fourth place.

He was the overwhelming choice to replace Louis van Gaal in 2016 and had a good first season followed by an acceptable second one until fading badly. This season has been a catastrophe with fans turning, players downing tools and an abhorrent run of results eerily reminiscent to his final days during his second spell at Stamford Bridge.

He was brought to United in 2016 having never failed to deliver the title in his second season at a club. As it turned out, things peaked during his debut campaign in charge as United went on to win a double of Europa League and Carabao Cup.

The club have confirmed that a new caretaker manager will be appointed until the end of the season while the search for a new man – United’s fourth manager in five years – is carried out.

David Moyes and Van Gaal were only sacked when it became impossible for United to get into the Champions League and it seemed as though that trend would continue with Mourinho. It’s unchartered territory for the club to make a decision of this magnitude at this stage of the season with Moyes relieved of his duties four games from the end of the season and LvG going after the 2016 FA Cup final.

History tells us that a United manager does not survive humblings at the hands of Manchester City and Liverpool in the space of five weeks. According the the Manchester Evening News, Mourinho was sacked over concerns with form, style, his failure to control the players and a lack of development with the club’s youth.

Michael Carrick seems the early favourite to step into the void for the remaining five months of the season. Mourinho’s assistant, he would be a popular choice and could well galvanise a squad of players he knows very well having only retired in the summer. Beyond that, it’s simply too early too tell – and who knows what this unpredictable and untrustworthy board are thinking or doing.

Zinedine Zidane and Mauricio Pochettino will be the early contenders for the full-time job, along with the likes of Laurent Blanc and even the Bournemouth boss Eddie Howe. For what it’s worth, I think Blanc ticks all the boxes – a former player, knows the ethos and demands of the club, a serial winner and experience of dealing with egos during his time as manager of Paris Saint-Germain and France. There’s the added bonus of him being able to up the game of compatriots Paul Pogba and Anthony Martial. He wouldn’t baulk at the task and would instil much needed impetus and confidence into a squad of players in which both of those are conspicuous by their absence.

It’s an achingly familiar end for Mourinho who continues his alarming trend of never completing more than three seasons at any club. What started so well has ended in a fashion that is becoming as much a Mourinho raison d’etre as his glittering but controversial career.