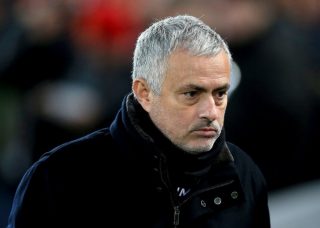 Manchester United fans have been reacting in numbers on social media following the news José Mourinho has left the club.

The club issued a statement on the official website, thanking Mourinho for his working during his three and a half years at Old Trafford and wishing him success in the future.

It wasn’t to be but Mourinho was an overwhelming favourite among fans to take the United job in 2016, and a lot has changed since then.

United plan to announce a new caretaker manager soon – until the end of the current season – with a full recruitment process put in place to find a new full-time manager for the team.

This is what Reds are saying on Twitter about the whole situation:

Far out, how’s your luck, Carrick? Been a coach for five minutes – all of a sudden he’s #MUFC caretaker manager. Madness!

Right decision as he evidently wasn’t getting the most out of the current players he had at his disposal. But also feel for him, cause he wasn’t backed in the Summer. Setup to fail by the board partly, but also didn’t help himself. Ego. #MUFC

Mourinho sacked. He was the overwhelming fan choice in ‘16. Had a good first season, an acceptable second one until it faded badly. This season has been atrocious and 80% of fans wanted him gone in the last month – not that he’s the only one to blame. Thanks and good luck.

Got to get Nicky Butt involved 👍🏾🇾🇪