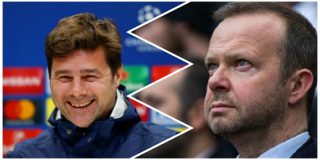 According to The Times, Manchester United would be forced to pay £34 million in compensation if they are to appoint Tottenham Hotspur boss Mauricio Pochettino as José Mourinho’s successor.

It was announced this morning that Mourinho had been sacked as United manager after a dismal third season in charge, with the club positioned sixth in the Premier League standings and 19 points adrift of league leaders and rivals Liverpool.

Pochettino is one of the leading candidates to take the job full-time at the end of this season, but first United will appoint a caretaker manager.

The cost to bring Pochettino to Old Trafford, however, is massive and will force the club into evaluating their options. The £34m fee touted is due to the five-year contract the 46-year-old signed with Spurs last summer.

The Argentine coach, renowned for playing wonderful football, has had tremendous spells at Espanyol, Southampton and Tottenham in recent years. His lack of silverware can be held against him, but there’s a feeling that will come with time and the right backing.

On top of that, a fee United must pay, is a minimum liability of £24 million to sack Mourinho, as per Duncan Castles for the Daily Record.

While that seems slightly exaggerated and has been dismissed by other hacks off the record, everyone knew sacking the Portuguese tactician was going to be costly.