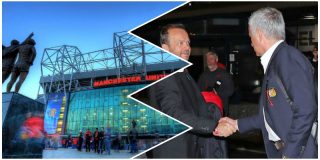 After the disaster that has been our start to the season, Jose Mourinho has been let go. Mourinho warned us that this season would be tough but the problem with him saying that was that he was manager of the team. His job was literally to mange that situation.

The writing was on the wall during pre-season. ‘The Special One’ had a negative attitude towards the current squad and that continued throughout this season. Seemingly sulking about transfers that never materialised and players underperforming, Jose just didn’t seem very motivated from the beginning of the summer.

Criticising players publicly may have worked with stronger minded players in the past but this current squad is broken.

Having said that, the players and the men running the club have all contributed to the downfall of United.

More questions than answers are left in the aftermath of Mourinho’s departure.

Ed Woodward has taken another half measure in the hope of a quick fix.

United need a solid plan for the next 5, 10 years. Do you really trust the club to already have someone else in place in the summer? With how things have been recently, how can you really expect the club to have any forward thinking?

Gary Neville spoke about a complete reset of the club after the Liverpool defeat and it’s hard to argue against that.

A director of football has been rumoured but it all seems reactionary rather than a thought out plan. For me that is the root problem at the club. A seemingly lack of understanding of the problems that we currently have and are not facing up to. Our future is already suffering.

I know it can be argued that the club is now looking to change but it’s taken too long for that mindset to set in and we are repeating the recent past all over again.

The rot will now take much longer to repair than it would have if United addressed it long ago.

Louis van Gaal and Mourinho are the epitome of the club’s approach since Sir Alex Ferguson left. A temporary solution to a terminal problem.

David Moyes’ team were in peril after the club botched the summer transfer targets. A clear out of the squad was needed but all the backroom staff were shown the door instead.

Moyes said to talkSPORT, as per Give Me Sport: “Toni Kroos had agreed to come Manchester United with me. I met him and his wife and we agreed it all when he was at Bayern Munich.”

That summer we were also heavily linked with Thiago Alcantara and Cesc Fabregas. Infamously, Ed Woodward flew home from the pre-season tour to tend to ‘urgent transfer business’.

We all know Fellaini was the only player we signed that summer.

The beginning of the half measures began and Giggs became the interim manager.

Van Gaal was always going to be a short term course correction to the Moyes era. Once the club decided to sack Moyes 10 months in to a six year contract Ed Woodward’s reign of ruin truly commenced.

Mourinho becoming United manager leaked out minutes after the Dutchman won the FA Cup and another short term plan was hatched.

Mourinho’s dismissal has followed the same path as Moyes after heavy defeats to rivals Liverpool and City.

I wrote a few weeks ago, after the City defeat that we had a run of fixtures that could give us a little bit of hope for the rest of the season.

We won two of those games.

Games against Spurs, City and Liverpool have shown we are miles away from winning the league and the top four looks increasingly unlikely.

At this point, who would really want to manage this club with the current regime running it?

Mauricio Pochettino and Zinedine Zidane have been suggested as the next manager but does it even matter who takes over unless something drastically is changed within the club?

Squad wise, unless the players who have underperformed so consistently are shipped out then any hope is lost.

An aggressive approach from top to bottom needs to be taken. If not, then we could be staring in to the abyss for years to come. Let’s hope the club grasps the urgency in which this team needs to improve.

No more half measures, we will all be watching this summer.

Who will United appoint the next leader of this club for years to come?

As for the rest of this season? Last 16 of the champions league, the FA Cup and a race to finish as high as we can. Whether it’s Carrick or somebody else at the helm until the end of this season, it’s a tall order to undo years of dissatisfaction.