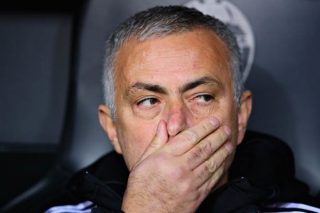 Jose Mourinho came to Old Trafford in 2016 as arguably the most successful football manager of the last two decades. Twice a European Cup winner. An endless list of major honours. His mid-season collapse at Chelsea did little to tarnish an almost perfect candidate for the manager’s position. He was still the Special one.

However, as Xherdan Shaqiri slotted home his second at the Kop end on a miserable Sunday evening, United fans were left wondering where it all went wrong.

For a man with as much success as Mourinho, it was surprising to some that many United fans had reservations over his appointment. The issues were over the style of football, and his defensive approach to management was not desired by Reds who had already endured years of turgid football under David Moyes and more recently Louis van Gaal. Whereas some had what turned about to be misguided optimism over Mourinho being able to change his ways, and playing the United way.

The first season started well for Jose, a lowly 6th league position was ignored because of Zlatan Ibrahimovic inspired triumphs in both the Europa League and League Cup, with United back in the Champions League.

In Jose’s second season, domestic form dramatically improved with United finishing second. This was an achievement Mourinho repeatedly described as one of the best in his managerial campaign. Perhaps this was a sign of how far behind United were. Or a sign that Mourinho did not have the ability to overhaul neighbours Manchester City. Although United finished second last season, they were never in a title race as Mourinho struggled to keep up the attacking brilliance of Manchester City, who were revitalised by Pep Guardiola’s exciting style. Instead, and as has been the case of United under the whole of Jose’s spell, it was grinding out results with a string of unconvincing performances that kept United just about in touch.

Mourinho’s defining moment as United manager came in last season’s Champions league tie against Sevilla. Having defended in typical Jose style in the first leg for a 0-0 result in Seville, it was all set up for United to grab the second leg by the scruff of the neck. On such a big occasion at Old Trafford, United were awful, lacking any creativity and didn’t even look like getting a goal that would see them through to the next round. If Mourinho couldn’t motivate his players for a game of such magnitude, was it ever going to work? It was the final straw for many that night.

This final season felt like the end for Mourinho before it even started. Despite securing a new contract last season for back to back Champions league qualifications, United’s board failed to display any faith in the Portuguese manager by not even signing one centre back, even though Mourinho preferred two. It transpires that United have now conceded more goals this campaign than they did throughout the whole of last season

Mourinho’s relationship with star man Paul Pogba was all but dead and was bound to have caused unrest in United’s dressing room. A cup defeat to Derby at Old Trafford was not actually a huge shock, perhaps demonstrating just how far United had fallen.

Results such as United’s fortunate comeback against Newcastle were keeping Mourinho in a job. However, shortcomings were highlighted in derby defeats to biggest rivals Manchester City and Liverpool. These are the results that hurt United fans most and what eventually led to Mourinho’s sacking.

United now part ways with a man who was left the club in sixth position, 19 points off leaders Liverpool with not even half of the season gone.

Mourinho may not have promised fast flowing football at Old Trafford, but he did promise domestic success.

Neither have happened and this has led to the inevitable departure of Mourinho.

United are now back to square one and are yet again looking for new answers in this disastrous post Sir Alex Ferguson era.